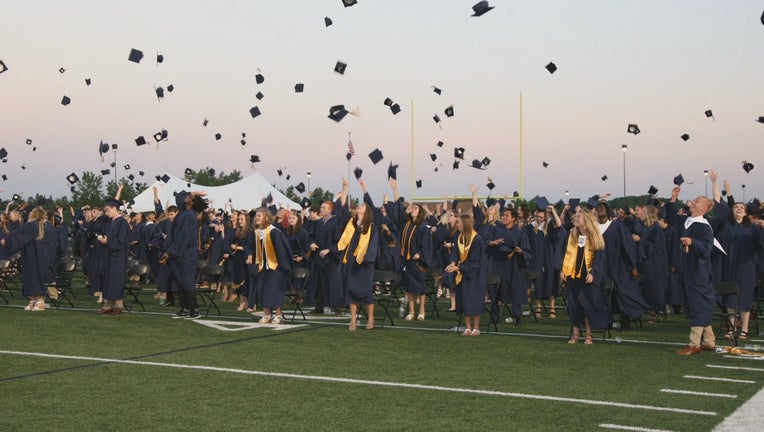 PRIOR LAKE, Minn. (FOX 9) - The Class of 2020 in Minnesota won't get to experience the moment they have been waiting on.

The decision left a lot of 2020 seniors and their parents disappointed but with an understanding of the situation.

The students say it's tough to miss out on that picture-perfect moment they've been working all year for. Instead, they will be graduating from their living room.

In its decision, the state ruled against in-person ceremonies but recommended that graduations and all the pomp and circumstance go on, but virtually.

"It seems like everything is going okay and then just another thing rolls around where something gets canceled," said Prior Lake senior Maria Atkinson.

For Atkinson, it’s just another disappointment.

"Just the feeling of not finishing my high school career and not finishing so many things I was looking forward to has really made me upset," she said.

Prior Lake High School told families through an email that graduation will now happen virtually on May 28 and they’ll plan for a traditional ceremony later in July, if guidance from the Department of Education changes.

"Keeping students from gathering and hugging and taking pictures would be nearly impossible so I understand it, don’t like it but will embrace it and try to make the best of it," said mother Peggy Allan.

It's not easy news for parents either who are working to make their seniors feel special during such strange times.

"It's affecting a lot of families and kids especially," added Victoria Slates, whose daughter is also a senior. "And I mean everyone is going to get through it, but it’s your senior year. It’s a lot to miss out on."

While there was no specific guidance from the Department of Education on graduation parties, the parents we spoke with say they still have plan on holding them. One family is pushing the date back, and the other is having a drive-thru tent set-up so people can stop by in cars.