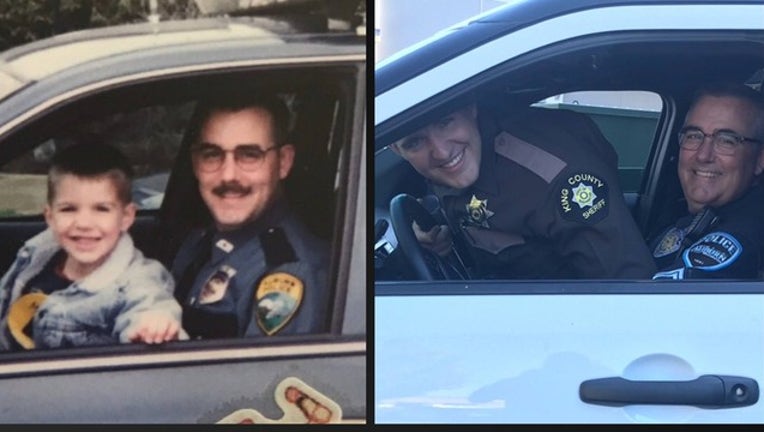 AUBURN, Was. (FOX 35 WOFL) - The Auburn, Washington Police Department posted an adorable Father's Day tribute to two of their very own officers.

Officer Gould and his son in 1998 took a photo together in a patrol vehicle. Attached to the image, was the caption "When I get bigger I'm going to be my Dad's partner and catch bad guys and burglars."

20 years later, on Father's Day, the two of them decided to recreate the photo, but this time, Gould's son sported a King County Sheriff's patch.