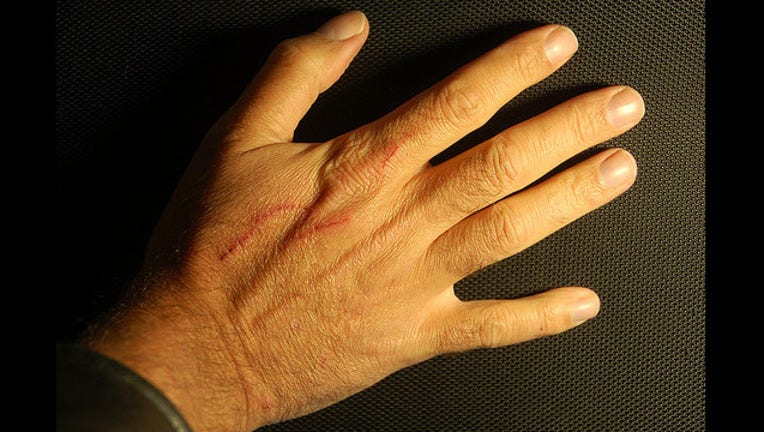 A Spanish court sent a farmer to prison after he cut off his hand and faked a car wreck for insurance money, local media reported Wednesday. Investigators said the farmer had run short on cash in 2007 when he concocted the plan. He started by hacking off his right hand and quickly applying a tourniquet to stop the bleeding, according to The Local.

Then, court documents show, he deliberately drove his car off the road into an orange grove, tossed his hand inside, and lit the vehicle on fire. He called emergency services, but when cops and firefighters arrived, he was there smoking a cigar, local media report. He was identified as 42-year-old Miguel B.P. from Nules, northeast of Valencia.

The farmer ultimately tried pocketing more than $2 million from a total of eight insurance companies, The Telegraph reports. Investigators said they knew he'd faked the crash partly because the cut was "too clean," not typical of what a car crash victim would experience.

The court ordered him to pay more than $350,000, most of it going back to the insurance providers. He's also going behind bars for 4 years.