But a day that should've been celebratory was tarnished when the five teams the Emeralds vanquished at the Target Center on their way to the Class 3A crown -- Wayzata, Eastview, Chaska, Lakeville South, and Eden Prairie -- refused to take part in the awards ceremony. That meant no runner-up medals were handed out.

The Star Tribune reports the other teams were "protesting that the Emeralds did not use original choreography."

Indeed, the YouTube video at the top of this post, published a week ago by a user with the handle, "Justicefor Danceteam," indicates the creative plagiarism allegations date back to at least the section competitions.

Coach Lois Krinke acknowledged the team used moves they saw in a video of a performance by a team from another state, but told the Daily News she thinks her team's championship was "fair and square."

"We're excited, the girls are really excited," she said. "We're the top team in the state and if they didn't want their second- and third-place medals, I couldn't care less. We got the first-place medal."

Krinke went as far as to call the other teams "poor sports."

You can watch the Faribault dance team's controversial performance for yourself at the top of this post in the Facebook video posted by Ethan Dorch.

Here's a photo of the other teams distancing themselves from the Emeralds during the ensuing awards ceremony:

The story has turned into one of today's hottest national sports talkers. In fact, Deadspin has now posted a write-up entitled, Bring It On Comes to Life in Minnesota High School Dance Scandal.

A reader sent us a Twitter direct message exchange he had last night with one of the members of the Copper Hill High School dance team -- the team that Faribault controversially lifted some moves from.

Here's how it went:

"I don't think it was wrong," Biljan, who watched Faribault's routine, says in a text message. "No one reinvents the wheel in dance. We see a combination that looks cool and we try it with our team."

"Not every team can deliver," she continues. "Faribault delivered and they deserved to win." 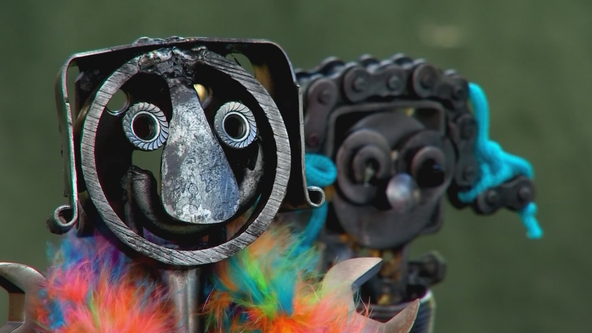