Known throughout the Twin Cities for a distinctive pose he’s trying to trademark, Kris Lindahl Real Estate is now suing another real estate broker for striking a pose that’s too similar.

(FOX 9) - Known throughout the Twin Cities for a distinctive pose he’s trying to trademark, Kris Lindahl Real Estate is now suing another real estate broker for striking a pose that’s too similar.

"It’s an interesting case because it’s relatively in a new area with gestures, and what something looks like, as a trademark," Twin Cities patent attorney Tom Phung told FOX 9's Babs Santos on Monday. Phung is not involved in the lawsuit, but he believes Lindahl has a strong case because people recognize his brand, "He’s interested in protecting his brand."

As a requirement to attend the speech, Golfi signed a written agreement prohibiting him and his representatives from using any of Lindahl’s proprietary concepts, materials, and intellectual property without authorization. Lindahl is now alleging breach of contract and willful infringement.

According to a trademark application filed on June 25, Lindahl’s pose, "consists of a depiction of a human shown from chest up, smiling and looking straight ahead, with arms outstretched slightly higher than perpendicular to the torso and fingers splayed." 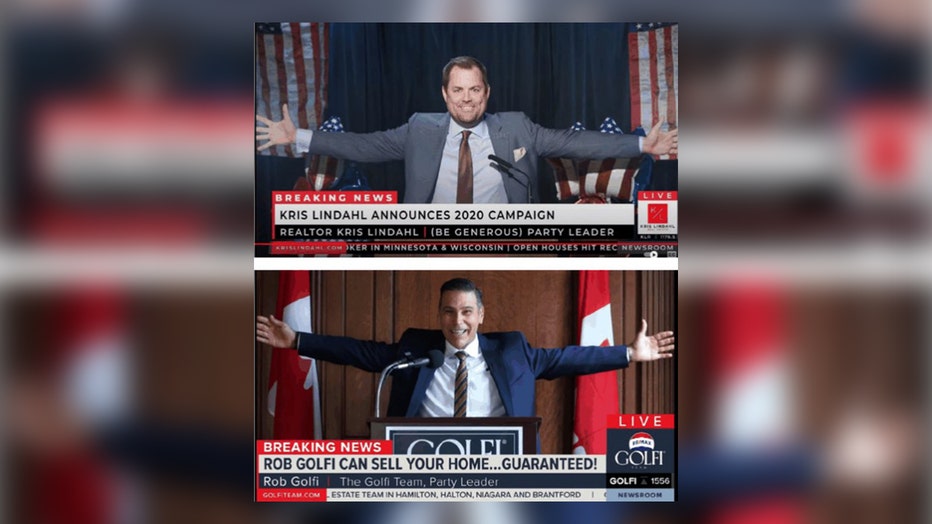 Known throughout the Twin Cities for a distinctive pose he’s trying to trademark, Kris Lindahl Real Estate is now suing another real estate broker for striking a pose that’s too similar.

The trademark application with the United States Patent and Trademark Office is still currently pending.

According to the lawsuit, "No Minnesotan can drive through the Twin Cities without seeing a billboard or bus advertisement displaying Mr. Lindahl performing his signature ‘arms outstretched’ pose," noting that the, "carefully designed advertising campaign includes billboards as well as countless radio, television, airline, public transportation, and other types of print advertisements" that have been the result of "enormous time, energy and capital."

When confronted with its ongoing breaches and infringement of valuable intellectual property, "Golfi Realty feigned confusion about whether Mr. Golfi did in fact sign the seminar agreement and whether he attended the seminar," according to the lawsuit.

In a statement on Monday, Lindahl wrote:

"This lawsuit is for breach of contract and copyright infringement, stemming from a video and other intellectual property the defendant plagiarised from Kris Lindahl Real Estate. Doing so is not only against the law but also breached a contract the defendant signed with us to not copy our intellectual property. In this case, taking legal action was a last resort, and it followed our repeated requests and efforts to resolve the situation outside of court. We brought this action to stand up for the hard work our team puts into our successful marketing campaign and to protect our customers and agents who rely on our innovative methods to sell or buy a home." 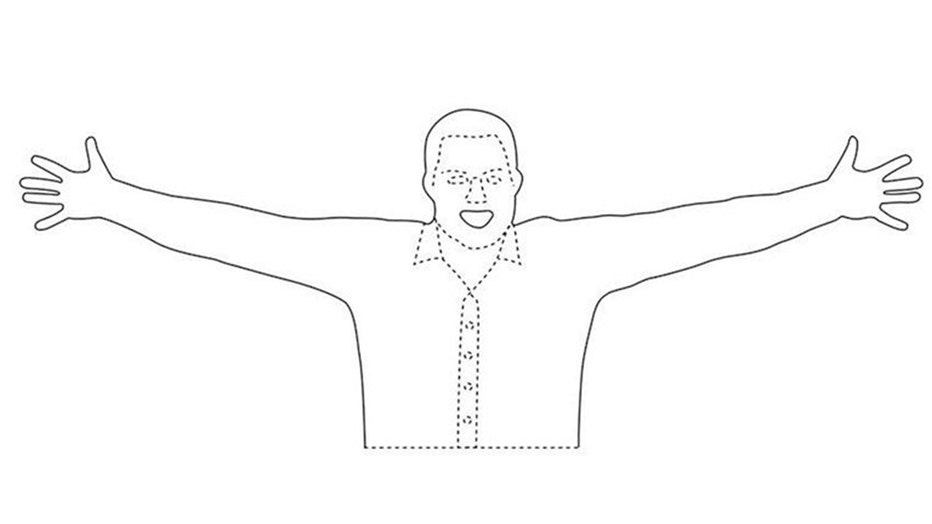 Is this pose so distinctive that it should be trademarked? Kris Lindahl aims to find out.

According to Lindahl, Golfi Realty’s acts of infringement cause, "irreparable and immeasurable harm with each passing day."

"Based on my experience, I think they would eventually settle out of court. But if he wins it then there’s going to be a lot more agents out there [trying] to establish their own brand," Phung said.

September 2021 looks to be the earliest example of Golfi Realty using the "arms outstretched" pose on social media.

FOX 9 has reached out to Golfi Realty for comment.