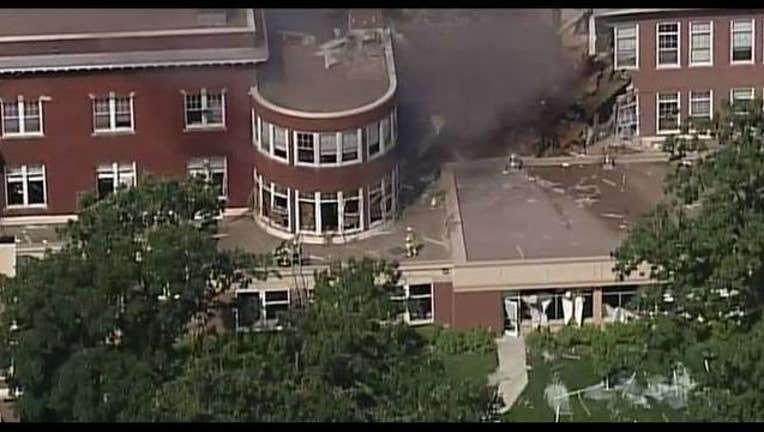 MINNEAPOLIS (KMSP) - A settlement has been reached in the lawsuit between two utility companies and family members of a woman who died in last year's explosion at Minnehaha Academy, according to a spokesperson for CenterPoint Energy.

The wrongful death suit filed by the family of 47-year-old Ruth Berg originally alleged that two contractors for the company ran away from a gas leak rather than warn others about potential dangers, leading to the death of two school employees, 82-year-old John Carlson and Berg. Both CenterPoint and Master Mechanical, a company that was contracted to move a gas meter at the school, were named as defendants.

"The case has been settled on terms mutually agreed to by plaintiffs and CenterPoint Energy," a short statement from a company spokesperson read.

The Aug. 12 explosion also injured nine others and forced authorities to demolish the school over safety concerns, with classes from Minnehaha Academy's Upper Campus moving to Brown College in Mendota Heights until a new building can be constructed.

According court documents, at the time of the explosion, two Master Mechanical workers were installing new piping for two gas meters. While removing the old piping, a full-flow natural gas line at pressure was opened. Master Mechanical was completing the work as part of CenterPoint's plan to move the meters outside for easier access.

The lawsuit says the school workers "had no idea such highly-dangerous work was being performed" and neither CenterPoint or Master Mechanical told the school about "the high degree of danger posed by the abnormally dangerous activities being conducted within the building." Documents also claim the workers did not safely close the shut-off valves and CenterPoint did not install an Excess Flow Valve which would have decreased the risk of a deadly gas release.

“There was some horrible and obvious mistakes made including the fact that gas upstream from where the explosions occurred was not shut off before the piping was disconnected,” said Fred Pritzker, an attorney for Berg's family, after filing the suit.