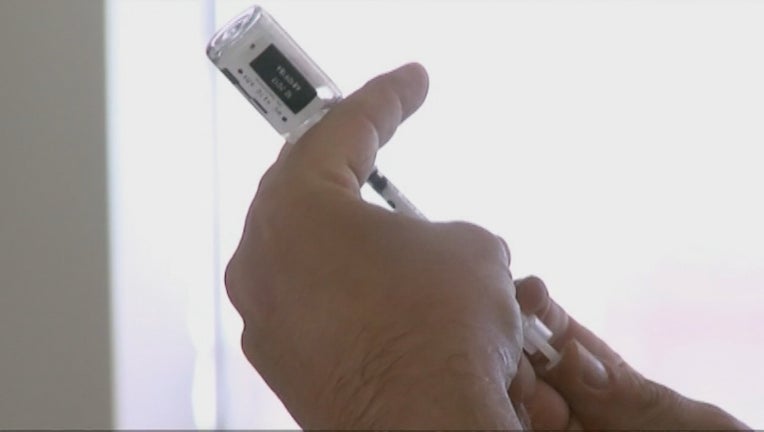 ST. PAUL, Minn. (FOX 9) - The rising cost of insulin is becoming more difficult to afford. It’s affecting not just adults with diabetes, but parents who have diabetic children.

At the Children’s Hospital McNeely Center for Diabetes, one parent showed Senator Tina Smith what it costs to keep her son alive.

The rising cost of insulin is becoming more difficult to afford. It’s affecting not just adults with diabetes, but parents who have diabetic children.

The submitted insulin cost is more than $500 every month. Her co-pays bring it down to $125, but without those co-pays, the insulin bill adds up to $6,000 a year. Diabetes educators say too many families cannot afford it.

“But for a lot of our families that have high deductibles... it's very hard financially on the families,” said Janyce Majkozak, the McNeely Center diabetes educator.

That high price is not just a financial barrier. Doctors say it adds another layer of complexity to an already complex disease.

“I see my role as helping guide these families to live a successful lifestyle to a successful healthy life,” said Dr. Angel Tridgell, a McNeely Center endocrinologist. “And the cost of insulin becomes a barrier, just another barrier to making life difficult to them.”

“It reinforces for me that we have a real cost problem here, that insulin costs too much in this country, and we need to figure ways of bringing it down,” said Sen. Smith (DFL – Minnesota).

Senator Smith introduced a new bill this week to direct the Department of Health and Human Services to launch a nationwide study on how many people are dying from ketoacidosis, the medical term for high blood sugars caused by a lack of insulin. Part of that study would also include how the skyrocketing cost of insulin is affecting those death rates.