Here's a look at how some of the claims made by Democrats during the third presidential debate stack up with the facts.

WASHINGTON (AP) - Ten Democrats seeking the presidency sparred Thursday night in a sprawling debate that put all qualifying contenders on the same stage for the first time.

Here's a look at how some of their claims from Houston stack up with the facts:

JOE BIDEN: "We didn't lock people up in cages, we didn't separate families."

Democrats routinely accuse Trump of using cages for children without acknowledging the same enclosures were employed when Biden was vice president.

The Obama administration also separated migrant children from families under certain limited circumstances, like when the child's safety appeared at risk or when the parent had a serious criminal history.

But family separations as a matter of routine came about because of President Donald Trump's "zero tolerance" enforcement policy last year. More than 2,500 children were separated from their parents at the border and a government watchdog has said it's possible thousands more were separated. Obama had no such policy.

BETO O'ROURKE, former U.S. representative from Texas, on last month's mass shooting in El Paso: "Where 22 people were killed, dozens more grievously injured by a man carrying a weapon he should have never been able to buy in the first place, inspired to kill by our president."

THE FACTS: It is hard to know for sure what led the gunman to open fire inside a Walmart in El Paso , Texas, killing 22 people. The suspect posted a manifesto online before the shooting that echoed Trump's comments on immigration. Yet he said his own views "predate Trump and his campaign for president."

The screed spoke of what the suspect called a "Hispanic invasion of Texas," railed against immigrants and warned of an imminent attack. Nearly all of the victims had Latino last names.

The suspect purchased the gun legally, according to El Paso's police chief. 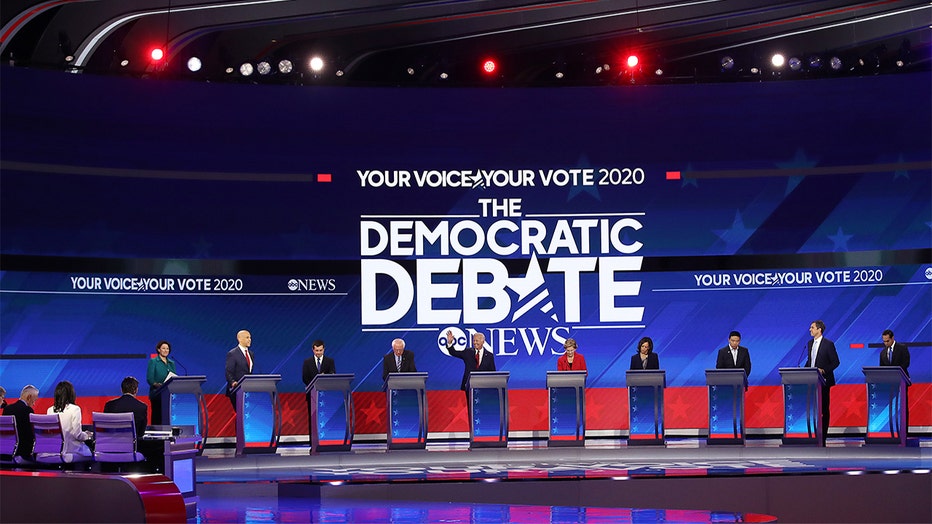 BERNIE SANDERS: "Every study done shows that Medicare for All is the most cost-effective approach to providing health care to every man, woman and child in this country."

THE FACTS: Not exactly.

The nonpartisan Congressional Budget Office said in a report earlier this year that total spending under a single-payer system, such as the one proposed by Sanders, "might be higher or lower than under the current system depending on the key features of the new system."

Those features involve details about payment rates for hospitals and doctors, which are not fully spelled out by Sanders, as well as the estimated cost of generous benefits that include long-term care services and no copays and deductibles for comprehensive medical care.

A report this year by the nonprofit Rand think tank estimated that "Medicare for All" would modestly raise national health spending, the opposite of what Sanders intends.

Rand modeled a hypothetical scenario in which a plan similar to legislation by the Vermont senator had taken effect this year. It found that total U.S. health care spending would be about $3.9 trillion under "Medicare for All" in 2019, compared with about $3.8 trillion under the status quo.

Part of the reason is that "Medicare for All" would offer generous benefits with no copays and deductibles, except limited cost-sharing for certain medications. Virtually free comprehensive medical care would lead to big increases in the demand for services.

KAMALA HARRIS, on Trump: "The only reason he has not been indicted is because there was a memo in the Department of Justice that says a sitting president cannot be charged with a crime."

THE FACTS: We don't know that it's the only reason. Former special counsel Robert Mueller didn't go that far in his report on Russian intervention in the 2016 election and obstruction of justice.

Harris, a California senator, is referring to a Justice Department legal opinion that says sitting presidents are immune from indictment. Mueller has said his investigators were restrained by that rule, but he also said that they never reached a determination as to whether the president committed a crime.

In Mueller's congressional testimony in July, he said his team never started the process of evaluating whether to charge Trump.