'Everybody forgot about us:' Afghan refugee hopes to reunite with sister in California

At the end of the summer, the world was focused on making sure Afghan refugees got safely out of their homeland to escape the Taliban. Now, two months later, Reza, his wife and three daughters feel like no one cares.

MODESTO, Calif. - At the end of the summer, the world was focused on making sure Afghan refugees got safely out of their homeland to escape the Taliban.

Now, two months later, Reza, his wife and three daughters feel like no one cares.

He and his family have been in a military base camp in Brussels, Belgium, awaiting approval to enter the United States. Despite pleas to the State Department and having the proper paper work and passports in hand, the family of five have been in limbo for roughly two months. They asked that only their first names be used out of fear.

"My brother told me last night that it looks like everybody forgot about us and we are just stuck here," his sister, Farzana, told KTVU on Friday from her home in California. "They don't know exactly what is the next step."

Nearly 130,000 people were airlifted out of Afghanistan in one of the largest mass evacuations in U.S. history at the end of August. As of late last month, many of those people are still in transit, undergoing security vetting and screening in other countries, including Germany, Spain, Kuwait and Qatar.

More than 40,000 have arrived in the U.S. so far and authorities said about 20% are either U.S. citizens or permanent residents.

The rest are people who have received or are in the process of receiving what’s known as a Special Immigrant Visa — for those who worked for the American military or NATO as interpreters or in some other capacity — and Afghans considered particularly vulnerable under Taliban rule, such as journalists and employees of nongovernmental organizations.

Reza and his relatives already have this SIV visa, as he worked as an interpreter for the U.S. government in Afghanistan – a reason he had to flee his country, as the Taliban frown on – and have been known to kill those who have – alliances with the Americans.

A former Army officer and a California sister are working tirelessly in the hopes of getting seven relatives who have worked for the U.S. government and human rights organizations out of Afghanistan.

Department of Homeland Security Secretary Alejandro Mayorkas said the U.S. expected to admit at least 50,000 Afghans, but he set no limit or a specific time frame.

And despite asking for help from Congressman Ro Khanna, who represents California, Reza and his family still haven't had any luck making their way out of the Belgium base.

"It's been our highest priority the last couple months," Khanna said of trying to help get Afghan refugees out of the camps. "We're actively involved with the State Department to try to expedite that."

Patrick Hane of Sunnyvale, a former Army captain has also been trying to help, checking in regularly with Khanna's office on behalf of the family. He worked with Farzana's husband when he was a translator for him about a decade ago and has remained close friends with the extended family.

"It's so frustrating that our State Department is dragging their heels so much on his case considering how long he's been working with the government," Hane said.

Farzana said her brother's life is far from optimal at the processing center in Belgium.

Mostly that's because it's a place where undocumented immigrants are rounded up in Europe and held until they can be deported. And therefore, her brother said he feels like he and his family are being treated without respect, like criminals.

"It's sort of like a prison, something like that," Farzana said, speaking on behalf of her brother who is forbidden from taking pictures of the base or making video calls. "They have three young children and they don't have enough clothes and stuff to prepare for the winter."

She said that there isn't enough food, or blankets or private room to shower. They also don't have TVs or iPads or toys – all things they had back home. The children were very sick last month and uncomfortable being so far away from comfortable amenities.

"They do not have any devices because they left everything behind from Kabul, Afghanistan," Farzana said.

As for when he and his family can exit the base and fly out to California?

"He cannot leave," Farzana said. "They need to stay in the camp until the the government makes a decision for them. Either the American government or the Belgium government, make a decision. We don't know exactly which government is going to take care of that." 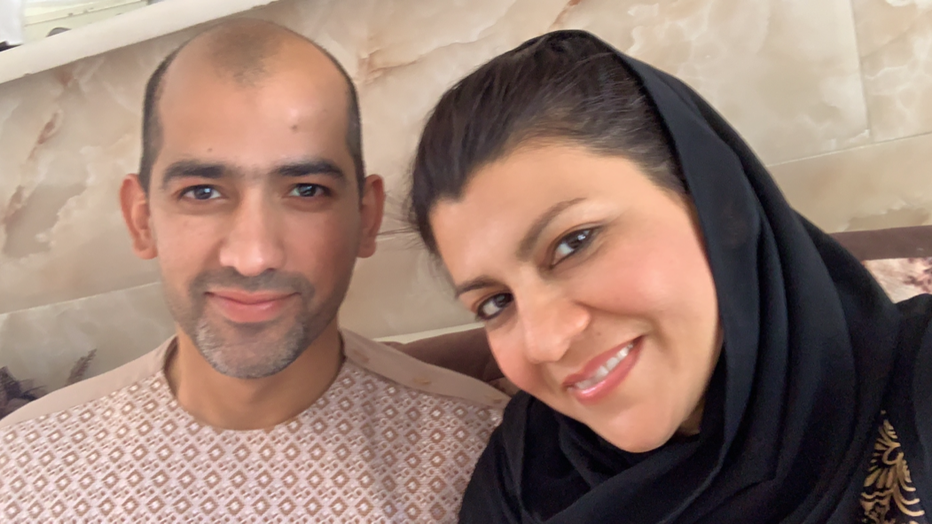 Reza (left) has the proper paperwork but haven't been able to leave the airport in Kabul. He is pictured with his sister, Farzana, who lives in California. 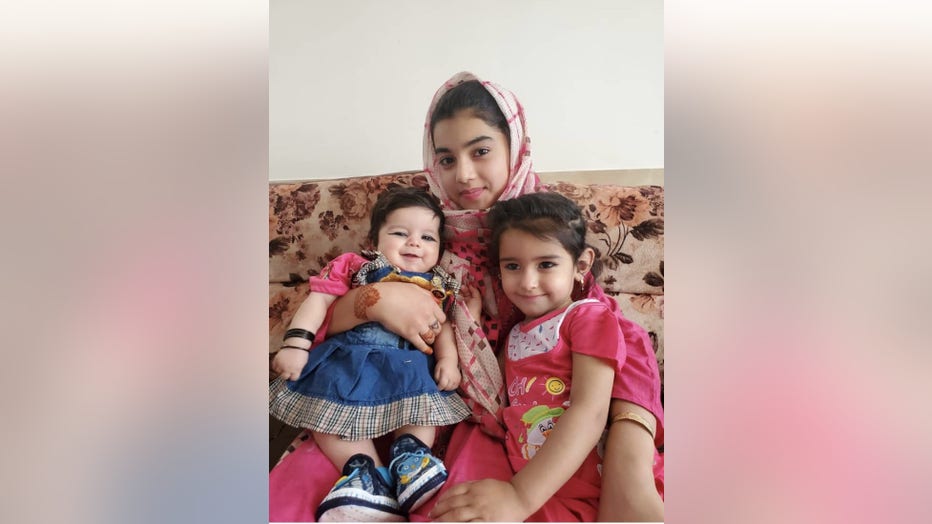 Reza's daughters also want to escape Afghanistan because of the Taliban takeover. 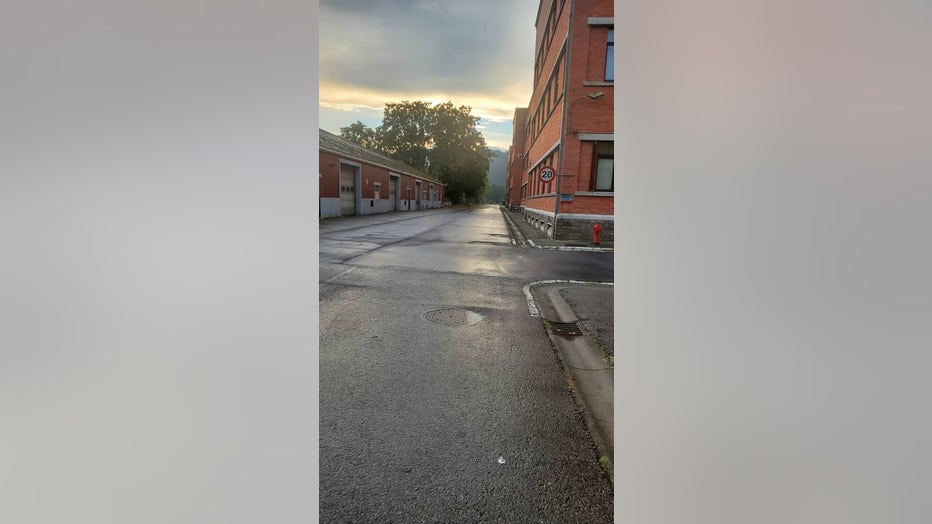 An alleyway at a military base camp in Belgium. 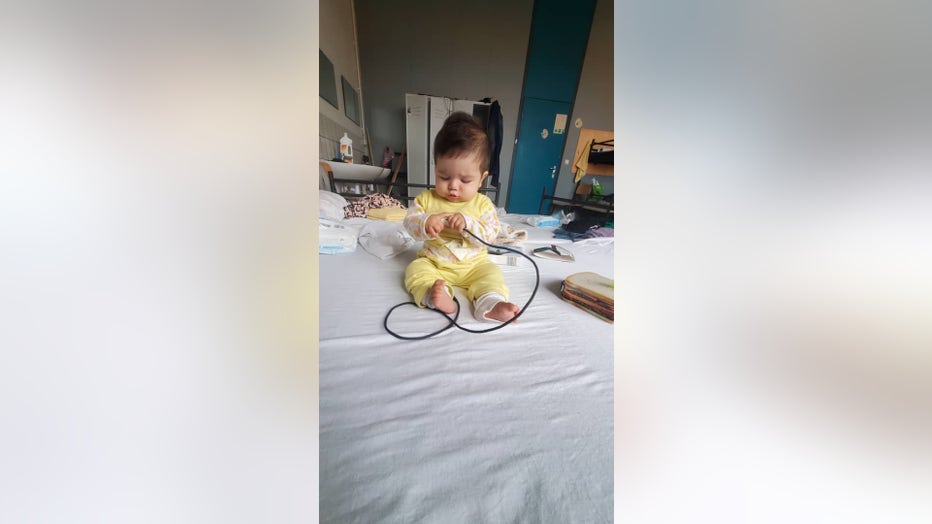 Reza's baby plays on a bed at a military base camp in Belgium. She and her family are trying to enter the U.S. as Afghan refugees. 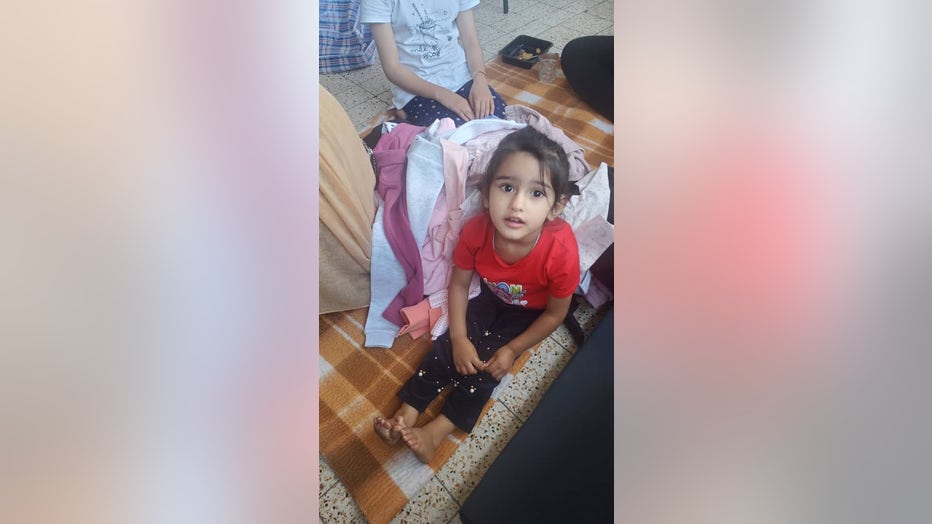 Reza's three children were sick in a Belgium military camp.

Lisa Fernandez is a reporter for KTVU. Email Lisa at lisa.fernandez@fox.com or call her at 510-874-0139. Or follow her on Twitter @ljfernandez