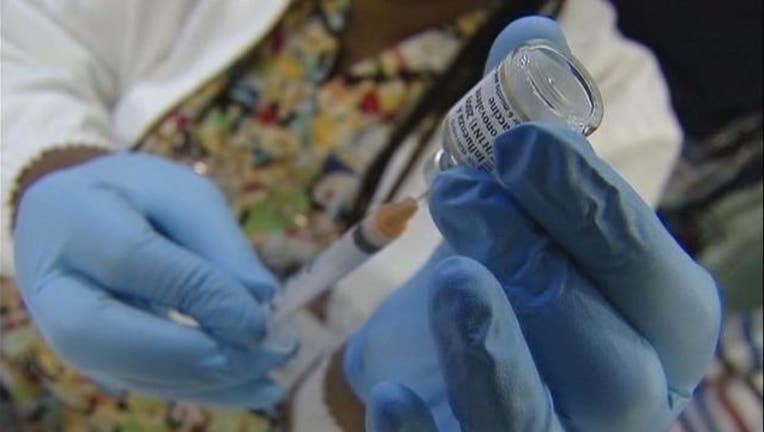 (KMSP) - Essentia Health announced it has fired 69 employees who refused to get a flu shot.

According to the Duluth-based health system, of their 13,900 employees, 99.5 percent of them complied and got the flu shot, leaving 69 employees who did not get the flu shot. The deadline to get the shot was Monday.

If they didn't get the shot by that deadline, their employment was terminated.

However, there are still people going through the conscientious objector process, stating they didn’t get the shot due to medical or religious beliefs. Whether those applications are accepted or not will be known in the next month.

Essentia has 15 hospitals and 75 clinics in Minnesota, Idaho, Wisconsin and North Dakota.

The Minnesota Nurses Association will file grievances to win back the jobs and paychecks of any registered nurse fired for not participating in Essentia Health's mandatory flu shot policy.

Essentia, based in Duluth, Minnesota, previously said employees who refuse to get a flu shot by their Nov 10 deadline would face termination on Nov. 20. Some nurses have filed for flu shot exemptions on religious and medical grounds, but don't expect many of those exemptions to be accepted. Essentia previously said it would allow “very limited medical and religious exemptions.”

The nurses say they proposed a voluntary program that rewards employees for getting the flu shot, rather than terminating employees who don’t comply with the mandate. The nurses also requested sick time for any nurses who suffer adverse reactions to the flu shot.

"Essentia Health showed nurses they did not intend to bargain with us in good faith," said a statement from Steve Strand, co-chair of the MNA bargaining unit in Duluth. "We tried to sit down with management, but Essentia executives told us they intend to follow through with terminations and mandatory flu shots regardless."

The Minnesota Department of Health doesn’t take a position in this debate. MDH doesn’t have a policy for health care providers regarding flu shots, leaving that to each individual hospital or clinic system. MDH does promote flu shots for anyone who is at high risk for influenza and anyone who is around high risk patients, including hospital workers. But MDH infectious disease director Kris Ehresmann has said there is no data to support a mandate to significantly reduce the number of flu cases in hospitals.

Essentia has not yet responded to a request for comment from Fox 9. MNA plans to release figures on the number of nurses terminated and grievances filed as they are made available.