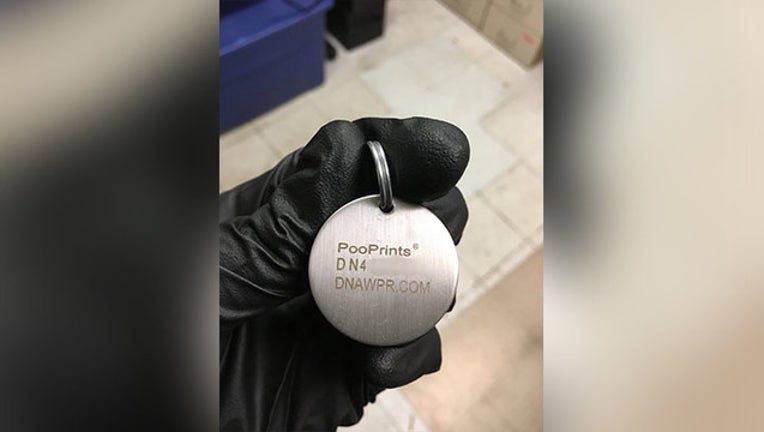 EAGAN, Minn. (FOX 9) - Police officers in Eagan, Minnesota used a dog poop DNA registry to help find the owner of a purse that had been left at a gas station.

The Eagan Police Department said the purse contained no identification, but it did have a tag that read, “PooPrints” with a serial number.

According to their website, PooPrints describes itself as a “DNA solution for dog waste.” The company helps identify dogs through the DNA in their poop—a practice commonly used by apartment buildings if a pet owner fails to pick up their dog waste.

A police officer contacted the company and was able to locate the DNA profile of the dog, and therefore determine its owner and the likely owner of the purse.

Police said the owner was successfully located and will have her belongings returned to her.

“Although an unconventional way to find an owner, this K9 did his doody to help officers solve the case,” police said in a Facebook post.