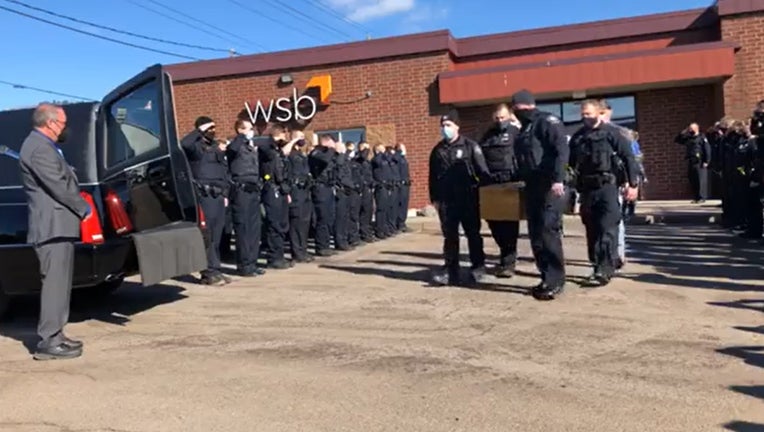 Officers lined up to honor K-9 Luna as she was loaded into a hearse on Saturday morning. (Duluth Police Department / Facebook)

K-9 Luna was deployed Thursday night as officers tried to take a man into custody after responding to a domestic call on West 4th Street in Duluth, Minnesota. Police say the man had barricaded himself in his house and refused to come out. When the dog was deployed, officers say the man fired shots, hitting the dog.

Community members gathered for the funeral procession for K-9 Luna, who was fatally shot by a suspect in Duluth, Minnesota.

Luna was taken for emergency veterinary care but died. The standoff lasted through the night, into Friday morning and afternoon. In the end, after 21 hours, the suspect was killed as officers opened fire Friday evening. The Minnesota BCA is now reviewing the shooting to determine if the officers acted properly. 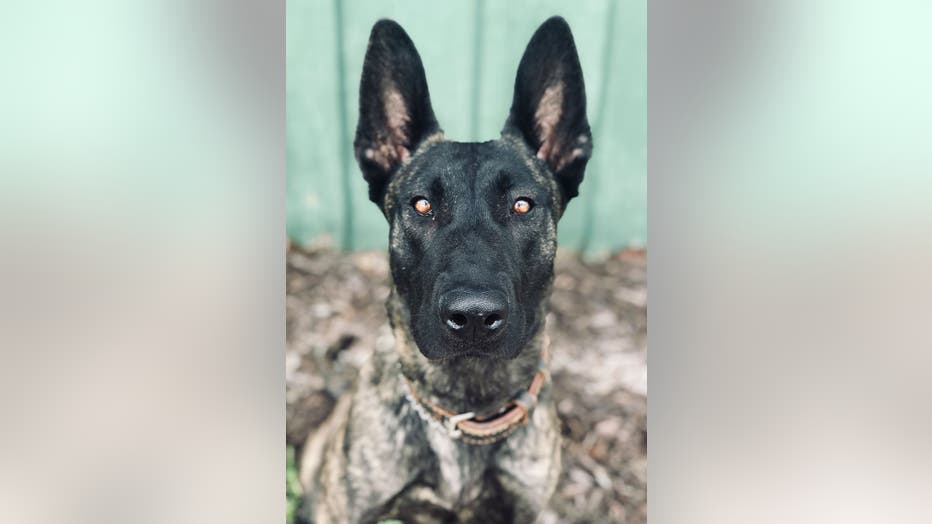 Saturday morning, police invited members of the public to line the streets as a procession honored Luna's life. Around 11 a.m., officers lined up to stand guard as Luna was loaded into a hearse.

The hearse was escorted from the vet clinic to a crematory near Cloquet, Minnesota. Along with law enforcement and members of the public lining the streets, firefighters also lined an overpass during the procession