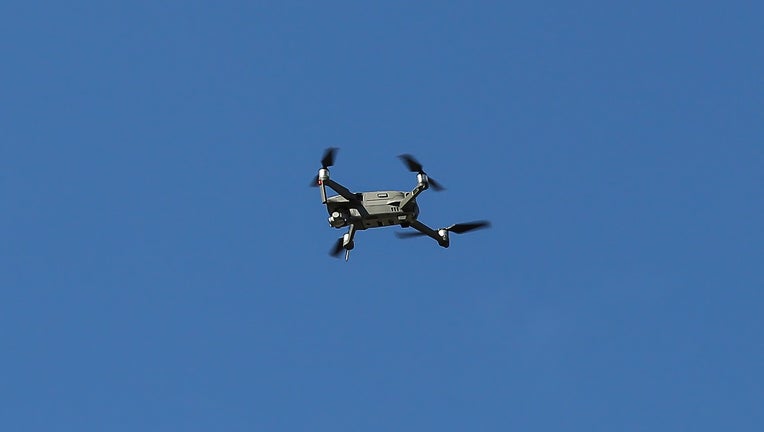 WATAB TOWNSHIP, Minn. (FOX 9) - A drone that dropped candy where kids were fishing was an "ill-conceived effort" to get video footage for social media, and wasn't an attempt to engage in criminal activity, the Benton County Sheriff's Office said.

In an update Wednesday afternoon, the sheriff's office has interviewed the person of interest in connection to the suspicious activity complaint, and "evidence gathered at this point indicates this was an ill-conceived effort to obtain footage for use on a social media platform rather than an attempt to engage in criminal activity."

The sheriff's office had previously asked for the public's help identifying the person who flew a drone over a group of five kids fishing at the former King's Inn on Little Rock Lake in Rice and dropped a bag of candy.

The original story from Wednesday morning is below.

A drone dropped a bag of candy where five children were fishing in central Minnesota on Monday, according to the Benton County Sheriff's Office.

The sheriff's office in a news release on Wednesday said the incident happened at about 6 p.m. on June 27 at the former King's Inn property at 9450 Highway 10 NW near Rice. An adult called 911 about the suspicious activity, saying she and five children were fishing from the shore of Little Rock Lake when one of the kids said a drone came out of a wooded area.

The child said the drone flew above them for a short time before flying back toward the northern portion of the property. Then, the drone returned a short time later, dropping a bag of candy near the kids, a news release said.

The witnesses saw a black SUV parked in the northern portion of the property at the same time the drone was flying. The SUV was seen leaving the property "hastily" following the drone's second flight near the kids. Witnesses described it as a black Chevy or GMC from the early 2000s with a license plate that included the letters "FED" and several numbers. The vehicle left the area northbound on Highway 10.

"The witness stated the license plate appeared to consist of black letters and numbers printed on a white background," the sheriff's office said. The man in the SUV is described as being in his late 30s with short dark brown hair and wearing a black T-shirt and blue jeans.

The sheriff's office is seeking the public's help identifying the vehicle and driver. Anyone with information is asked to contact the Benton County Sheriff's Office at 320-968-7201 or Tri-County Crime Stoppers at 800-255-1301 or www.tricountycrimestoppers.org.