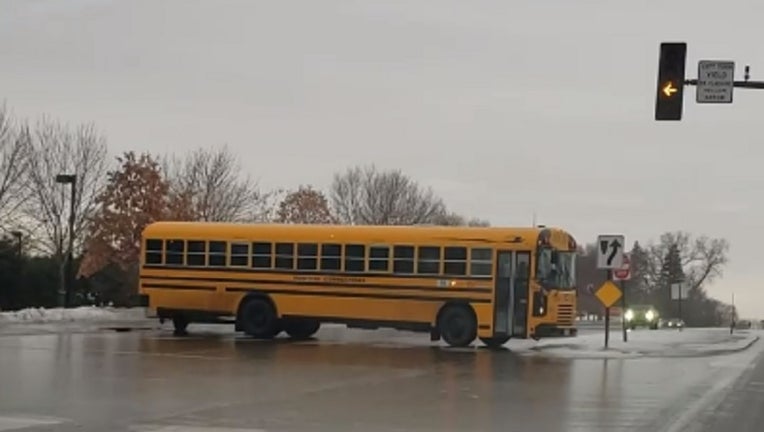 In a Facebook post, the man who recorded the video, Neil D. Marriott, says he was on Eden Prairie Road near Highway 5 when the bus started sliding downhill towards his car. The video shows the bus sidewards sliding through the intersection.

A driver had to avoid a school bus sliding on icy roads in Eden Prairie on Saturday.

According to Marriott, the bus was also hauling a trailer. Marriott says he was forced to steer his car out of the way of the bus. He says the bus eventually came to a stop and continued on its way.

Thankfully, the bus didn't hit any other vehicles during the incident, Marriott reports.

The near-crash was just one of dozens and dozens across the state as winter weather swept over Minnesota.