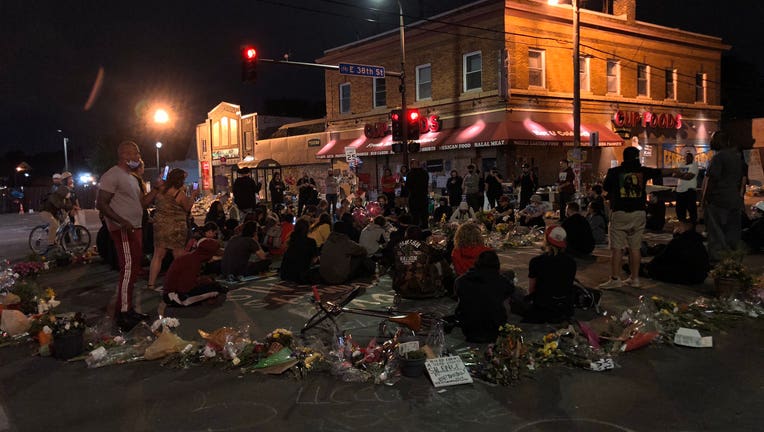 Dozens of protesters held a peaceful vigil overnight to protect the memorial to George Floyd at 38th and Chicago. (FOX 9)

MINNEAPOLIS (FOX 9) - Dozens of protesters occupied the intersection of 38th Street and Chicago Avenue in Minneapolis overnight to hold a peaceful vigil for George Floyd, despite the city's 8 p.m. curfew. 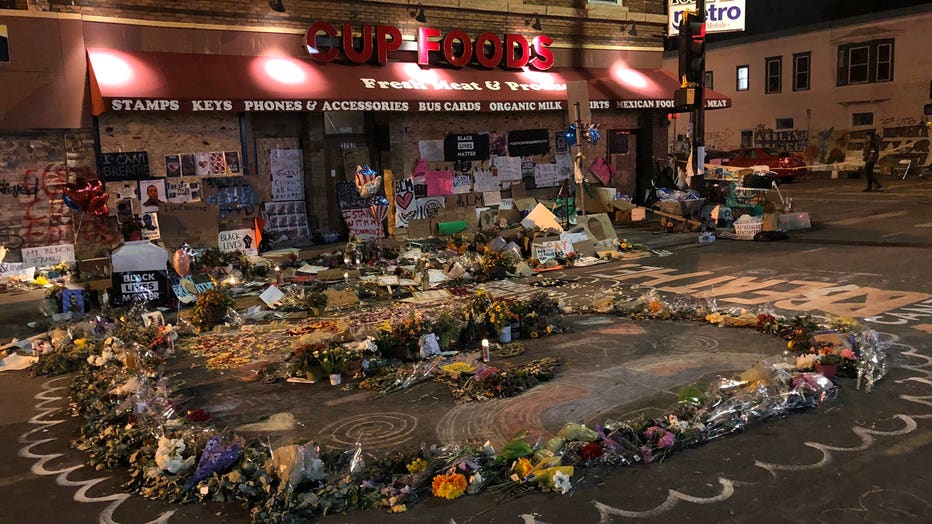 Dozens of protesters occupied the intersection of 38th and Chicago overnight to hold a peaceful vigil for George Floyd.

The protesters were protecting the area, which has served as a memorial to Floyd, who died outside Cup Foods on Memorial Day while in police custody. They created makeshift barricades around the area and some people stood guard throughout the night.

Protesters hold overnight vigil at 38th and Chicago in Minneapolis

There were a few tense moments during the night, including one moment when a firetruck with no lights or sirens came down the road—the sound raising concerns about a repeat of the incident on Interstate 35W Sunday when a semi-truck barreled through a crowd of protesters. 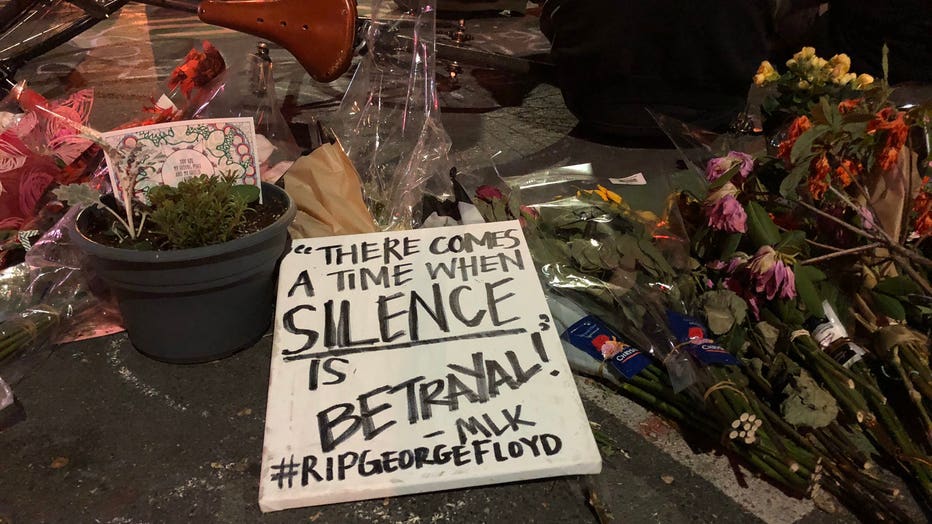 Memorial for George Floyd at 38th and Chicago in Minneapolis. (FOX 9)

A squad car also came down the street at one point, followed by several military vehicles, leading protesters to worry they were about to be broken up, but nothing happened.

At 6 a.m., when the curfew was lifted, the group stood up and clapped for holding the line on what they wanted to be a peaceful sit-in.