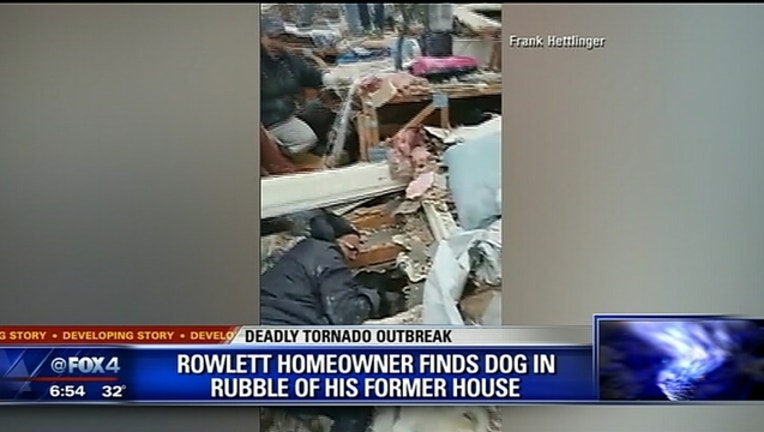 ROWLETT, Texas - A Rowlett man pulled his two dogs out of the rubble two days after his home was destroyed by a tornado.

Michael Delgado and his daughters were at a movie theater Saturday night when the powerful EF-3 tornado tore through their neighborhood. His mother and brother were home at the time, but survived by taking cover in a closet.

Delgado said he didn’t care about his house, but was distraught because he couldn’t find his two dogs.

He returned to the scene Monday afternoon with family and friends from Watermark Church. And Delgado heard the sound he had been hoping for – barks.

The group found Sawyer, a yellow Lab, buried beneath a pile of debris. A few minutes later they found the smaller and louder Miniature Pinscher, Lucy.

Both dogs were taken to a local vet’s office for care and are expected to be okay.

Delgado said can rest now that all of his family is safe.