Family reunited with their dog who ran away during house fire

The Bolton family dog Gypsy took off after their home in Lonsdale caught on fire early in November. After nine long days, Gypsy was returned back to her family.

(FOX 9) - A community in southern Minnesota came together to help a family whose dog ran away in the chaos as their house was on fire. Nine days later, Gypsy is back with her family.

The Bolton family's Lonsdale home started on fire on November 3 – a windy night likely whipped up flames from a barbecue grill. Andrew and Amanda Bolton were inside when they heard popping sounds, quickly realizing their garage was on fire.

They got their three children, two dogs and two cats out of the burning home but in the chaos, their dog Gypsy ran away.

This kicked off the nine-day grueling and frustrating search for the pooch.

Amanda Bolton knew she probably wasn’t that far away, saying "That’s honestly the hardest part knowing where she is and not being able to go after her to call her to just get her to come in the car."

Thankfully, she had the help of her hometown of Lonsdale; a smaller community that was eager to help. Every day, someone saw Gypsy which kept hope alive. The dog-finding group, The Retrievers, responded to help and was mapping out each sighting to find key spots to set up the live traps.

"The community was instrumental. She’d pop her head up and I'd get like 30 messages, phone calls. ‘She’s over here what do I do?’" Bolton said.

The Lonsdale community stepped up in other ways, too. Restaurants, banks and churches all started collecting money and donations to help the Boltons get back on their feet. Andrew Rasmussen from the barbecue restaurant Smoke said, "Toiletries, we got bedding, winter gear, everything. The community really came together and it was phenomenal to see."

"We are so lucky to live in Lonsdale that first night we probably had four wardrobes of clothes for the kids and for us and people were just like what do you need name a need," Bolton said.

After nine days on the run, Gypsy was caught in a live trap, apparently lured by the smell of bacon inside. She was then reunited with her family.

Through tears Bolton said, "She’s a part of the family, like it’s not complete without her so finding her was everything … that’s all I cared about."

Despite a little weight loss, Gypsy will be fine. The Boltons say it's all thanks to her family, community and the Retrievers. 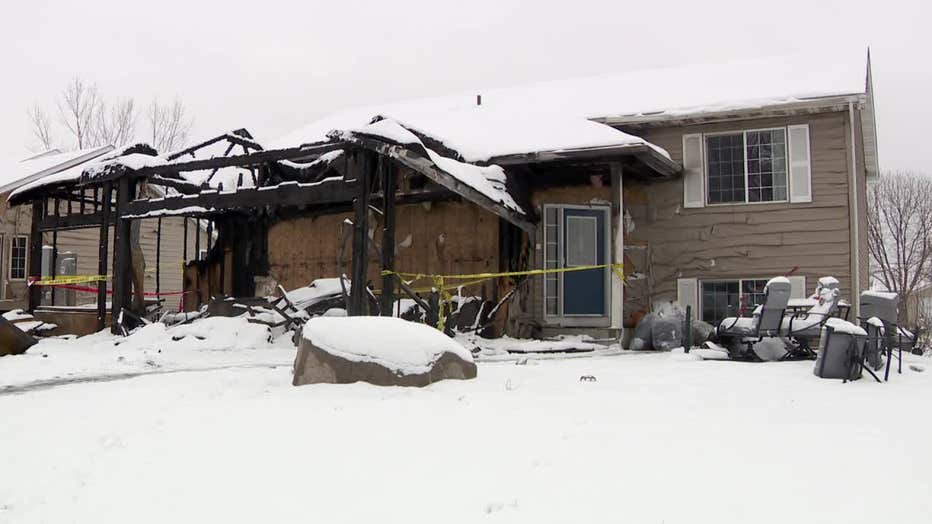