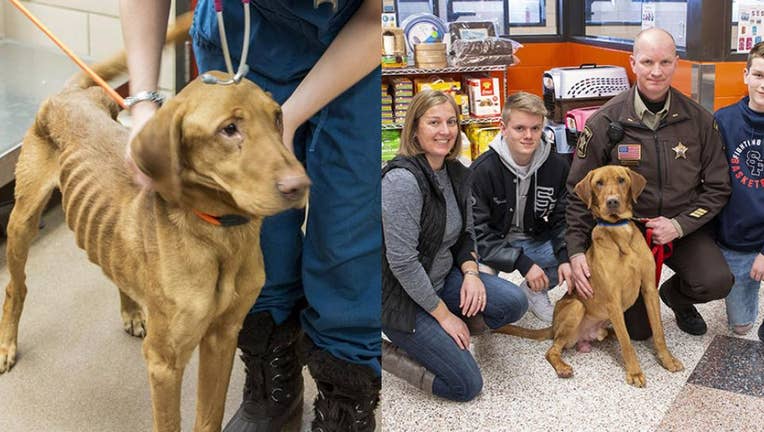 (FOX 9) - A dog that was found in rough condition in Brooklyn Park, Minnesota, and later made a full, healthy recovery was included on the list of the "most dramatic animal transformations" in 2019, compiled by the Animal Humane Society.

The list features the best stories of recovery among animals who were mistreated but recover for a happy life in Minnesota.

The story of "Reggie" was one that touched the hearts of many in the Twin Cities. When he was found in February of 2019, veterinarians with the Animal Humane Society in Golden Valley said he wasn't much more than a walking skeleton.

But, about a month later, he had gained weight and was healthy enough to get adopted by Hennepin County Sheriff's Office Lieutenant Shane Magnuson, the deputy who rescued him from the home.

Since that time, the Animal Humane Society says Reggie is doing great and fitting in perfectly with the Magnuson family.

Reggie was listed as number four on the list. You can see the full list by clicking here.