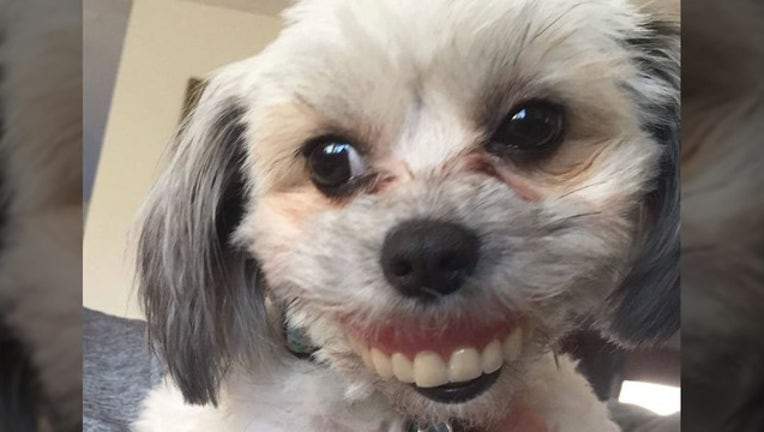 LONG ISLAND, N.Y. (FOX 35 ORLANDO) - Most people can agree: dogs just have a way of making us smile with their quirky antics. Even when they're doing something wrong, it's hard to stay mad at them for too long.

Last year, Twitter user Eunice posted some hilarious photos of her dog Maggie that are making the internet rounds once again.

Eunice and Maggie live with her parents and her father wears dentures. One afternoon while he was sleeping, he took his dentures out and placed them next to the couch.

At some point during his slumber, Maggie grabbed the dentures and began playing with them.

When her dad woke up, he found her under the living room table wearing the dentures perfectly.

Eunice said she was at work when her dad texted her to tell her what had happened.

"I was in tears laughing and showing all of my coworkers," she told Buzzfeed. "At the time, I wasn’t very active on Twitter and never even thought to tweet it until recently."

Photos of Maggie's hilarious smile went viral and she now has an Instagram page dedicated to her daily antics.