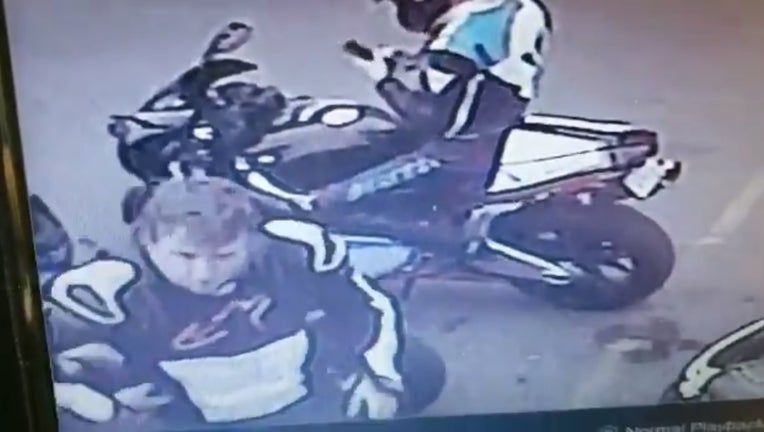 NORTH BRANCH, Minn. (FOX 9) - The Chisago County Sheriff is still searching for one biker after a trio of motorcyclists ran from deputies on Sunday.

According to investigators, a driver reported the bikers headed north on I-35 at a very high rate of speed Sunday morning around 11:15 a.m.

Deputies located the bikers in North Branch and attempted to pull them over. But, instead of stopping, deputies say the drivers took off, starting a chase.

The pursuit went south on Forest Boulevard where deputies lost sight of the group. But, shortly after, they spotted two of the motorcycles on the same street near Lent Trail.

One biker was found on a side street in North Branch and another was located and arrested later that afternoon.

Deputies say they are still working to identify and find the third biker. They are asking for anyone who recognizes the man in the video below to call Deputy Jones at 651-213-6318.