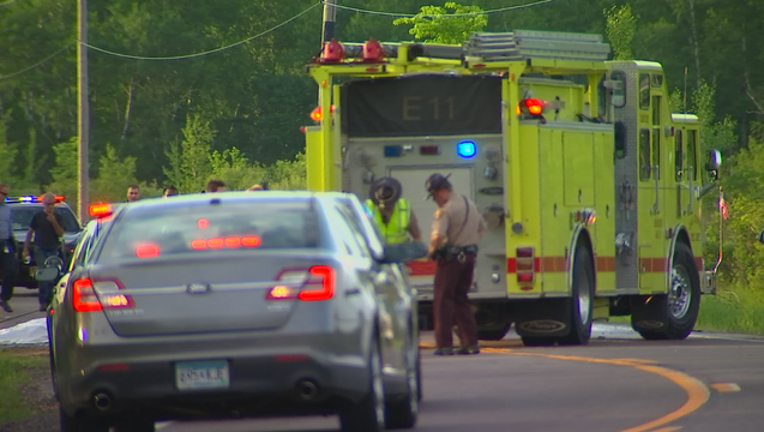 OAK GROVE, Minn. (FOX 9) - Deputies have released the identity of the man killed when his truck went off the road and into a swamp on Friday.

The Anoka County Sheriff says Vincent Patrick Switala was the driver of the truck that was involved in the Friday night crash near University Avenue and 229th Avenue Northeast.

Deputies said Friday that Switala was driving a 1995 Chevy pick-up, with two passengers inside, when the truck went off the roadway and into the swamp. Switala was pulled from the truck but later pronounced dead.

One of the passengers was treated for non-life threatening injuries at Mercy Hospital. The second passenger was examined at the scene and released by workers.

So far, the cause of the crash has not been released. Sunday, the sheriff's office said it and Minnesota State Patrol are continuing to investigate the circumstances that led to the death.