Two people were killed in two separate shootings in Minneapolis Wednesday night, marking the city's 90th and 91st homicides of the year. The first deadly shooting occurred at a gas station at West Broadway Avenue and Lyndale Avenue North. A few hours later, another deadly shooting took place near the intersection of Logan Avenue North and Lowry Avenue North.

Police say they were called around 7:40 p.m. to the parking lot of Winner Gas at West Broadway and Lyndale Avenue North in the Hawthorne neighborhood for the report of a shooting. At the scene, they found a man who had been shot and was seriously hurt. The victim was rushed to the hospital where he later died. 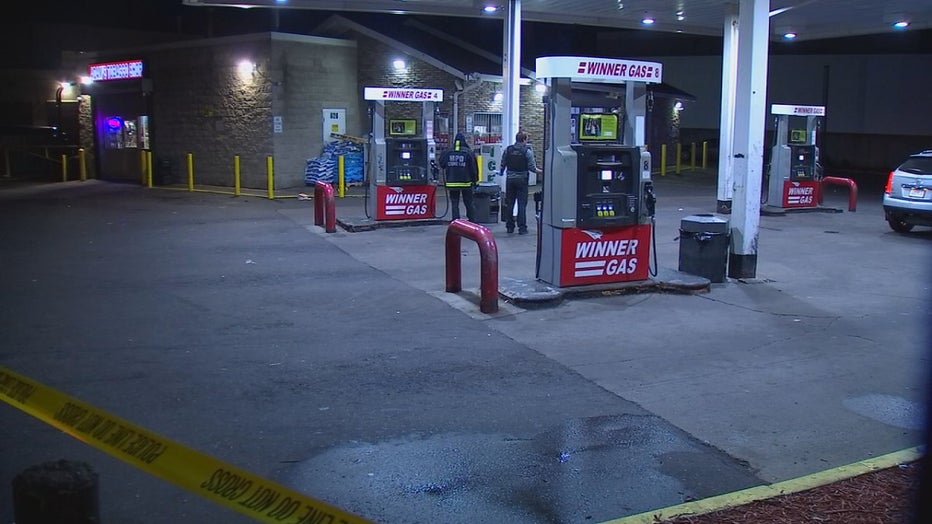 An investigation is underway at Winner Gas in Minneapolis after another homicide. (FOX 9)

With the deadly shooting, Minneapolis inches closer to an unwanted record, just seven killings short of the "Murderapolis" year in 1995 when the city saw 97 homicides.

"This is not the place where the 90th homicide should be occurring," Minneapolis police spokesperson Officer Garrett Parten said. "So, I just say, as I say every time we meet, to not give up hope. Let's stand together, shoulder-to-shoulder and let's say no to the kind of violence that's taking lives."

The investigation into the shooting is ongoing.

1 dead in shooting at Logan and Lowry

A few hours later and less than two miles away, a second deadly shooting occurred.

A second gunshot victim arrived at the hospital by private vehicle a short time later. He had non-life-threatening injuries.

Police believe the two men knew each other, although the nature and extent of their relationship remains under investigation.

No further details have been released. Anyone with information related to the shooting is asked to contact CrimeStoppers.