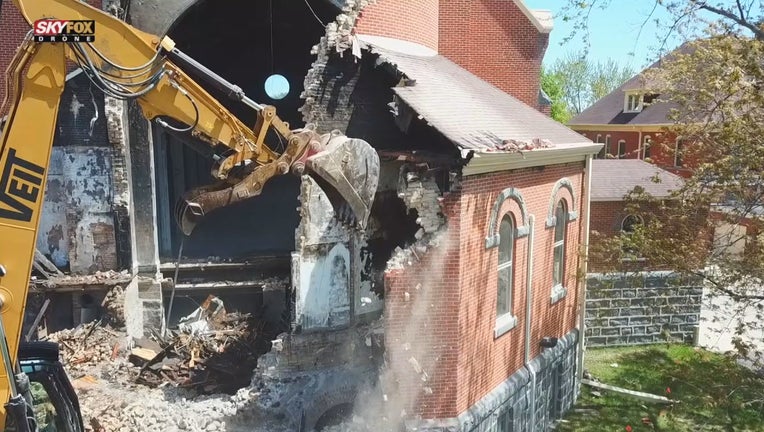 MELROSE, Minn. (FOX 9) - The community of Melrose, Minnesota gathered to remember the old Church of St. Mary as it was demolished Tuesday, years after an act of arson destroyed the interior.

After the fire in March 2016, a group called Restore St. Mary’s fought to fix the beloved church.

Crews demolished a beloved Melrose, Minnesota church after it was damaged in an act of arson in 2018.

Advocates ultimately decided to build a new, larger church a few blocks away, but for many, the old church still held a lot of memories.

From the front, the Church of St. Mary looks as solid as when it was built in 1898. But, the view from the back is much different now that demolition has begun.

“It’s a good building. It was still sound. They’ve had a tough time taking it down,” said Santina Lovelace, a resident and churchgoer.

Fellow churchgoer Gerry Osendorf said that after the fire, many people went to different churches or even changed religions.

“Some of them have just quit going to church… and that is absolute utter destruction,” he said.

When the diocese decided St. Mary’s would cost too much to restore and to bring up to code, the group decided to build new and bigger church a few blocks away.

As many prepare to join the new church, others are having a harder time moving on.

“I don’t think they’ll ever heal from that,” Viola Beutz said.