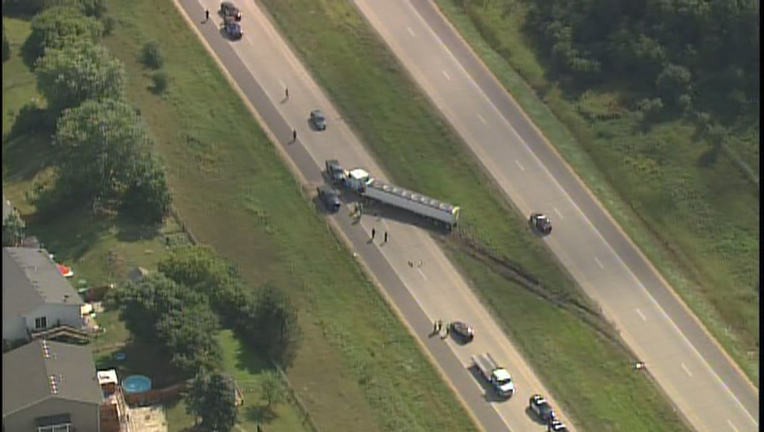 A semi truck went into the median and crash on I-694 in Oakdale, Minnesota. (FOX 9)

OAKDALE, Minn. (FOX 9) - Minnesota State Patrol is investigating a crash involving a semi truck on I-694 near 50th Street in Oakdale, Minnesota.

State Patrol says the crash involved a semi and multiple vehicles in northbound I-694. Injuries are not believed to be serious.

According the Minnesota Department of Transportation 511 page, the semi went into the median and crashed.

Both directions of I-694 were currently closed for a couple hours, but as of around 6:15 p.m. had reopened.