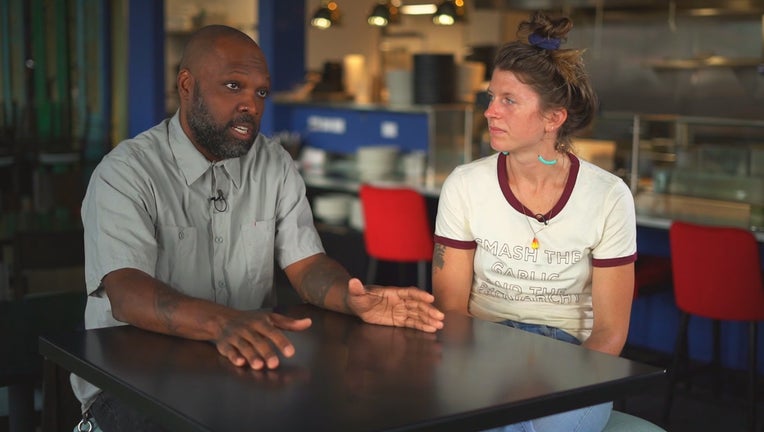 MINNEAPOLIS (FOX 9) - Food can be a powerful way to bring people together and teach them about different cultures.

In central Minnesota, a pair of chefs originally from Minneapolis are bringing rich New Orleans flavor while serving up some valuable lessons about racial diversity and equity.

Just off Main Street, USA, the taste of the Big Easy has come to small-town Minnesota.

"I think there is a universality to New Orleans food," said Mateo Mackbee. "It is the original melting pot of the United States."

Even though Krewe has only been open for a couple of months, it's history has been simmering since long before that.

"These are heritage recipes passed down from my grandfather to my mother to me,” Mackbee added.

The restaurant is an ode to chef and co-owner Mateo Mackbee's mother Mary who was a principal at St. Paul Central High School for 26 years. 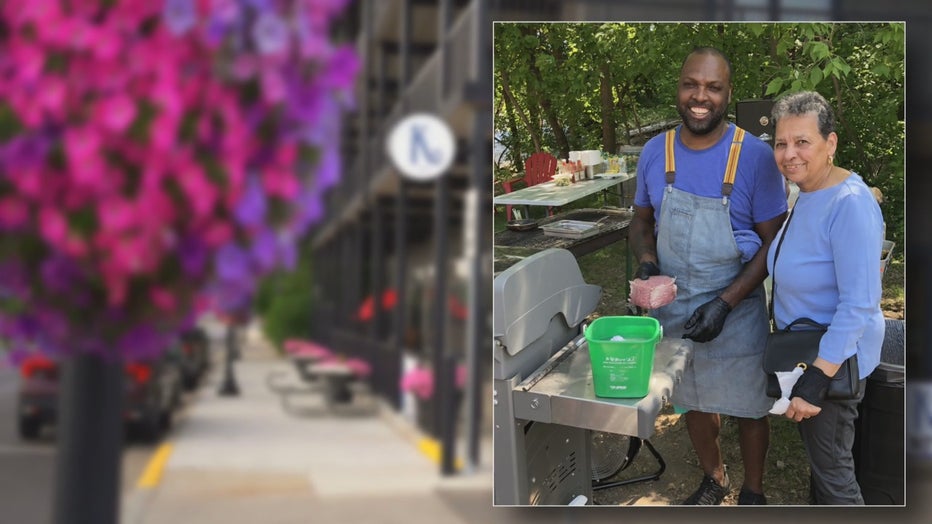 "Strongest woman I've ever known. Probably one of the strongest women I will ever know," he says.

Krewe's signature dishes, like shrimp jambalaya and seafood gumbo are versions of the food his mother and grandfather, both New Orleans natives, cooked while he was growing up.

"New Orleans food has so many different cultures in it, I think people can find their way to connect to it and once they eat it we got them,” Mackbee said.

Mackbee and his girlfriend Erin Lucas moved from Minneapolis to central Minnesota two years ago to help bring awareness about racial justice to areas outside the metro. After a successful pop-up in New London, the chefs were lured to St. Joseph with the promise of opening their own restaurant.

"We had so many people embrace us and want to get to know us and there were a handful or few who wouldn't step foot in our restaurant because Mateo was a person of color or people who wouldn't talk to me because I was with, you know," said Lucas. 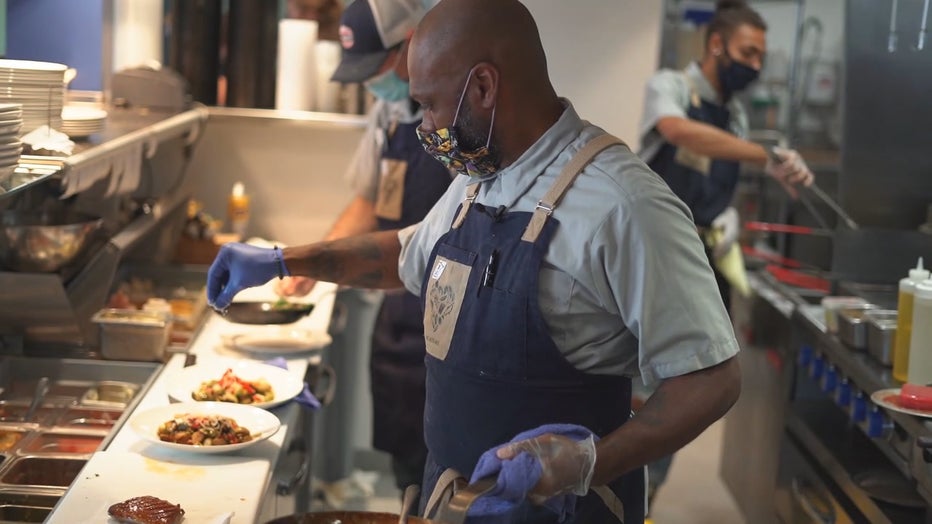 In addition to Krewe, the couple also runs a bakery behind their restaurant called Flour and Flower, which is a labor of love for Lucas.

"When we started here, it was if I have a bakery then I can make all the bread and help with desserts back and forth," she explained. "So it just became this sustainable circle of both of our dreams being fulfilled at once."

But their main course is a farm in Paynesville, where they plan to build an education center to help students of color learn where their food comes from.

"All of this is directed towards that," said Mackbee. "Yes, we need to turn a profit for our businesses but our goal is to help and heal communities through food."

Mackbee and Lucas believe Krewe and Flour and Flower are the first black-owned businesses in St Joseph and part of their mission is to serve as examples of racial diversity and equity in mostly white Stearns County. 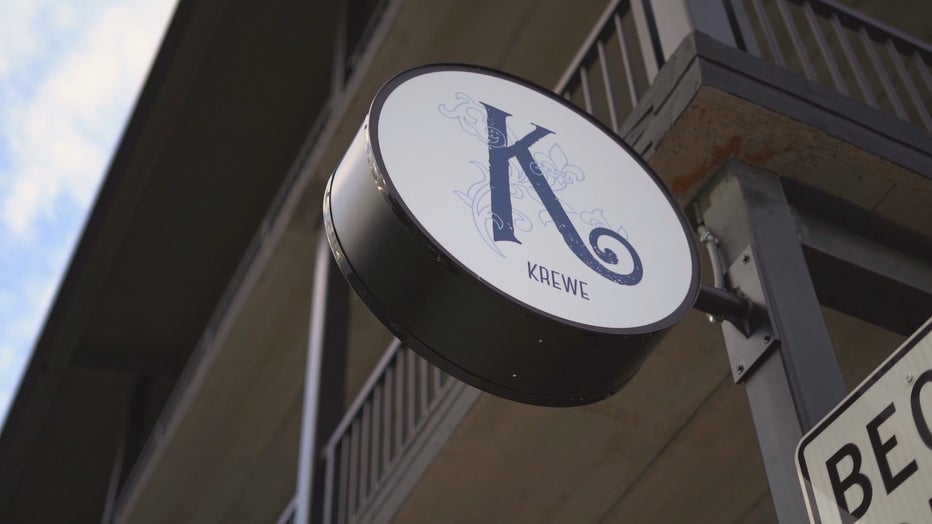 "I think for a lot of the kids, I'm the first black boss they've had," Mackbee says. "My kitchen is three women, two black men and a white guy and one of women is a Korean adoptee so I haven't been in a kitchen that's been like that in my 14-15 years in my career."

The restaurant opened a few days after George Floyd died while in custody of the Minneapolis police. After being featured in the New York Times, Mackbee and Lucas discovered people have a healthy appetite for something positive in these trying times.

"We've heard that from a lot of different people," he says. "'We just needed something to be happy about' and it just happened to be a black guy and a white girl opening a business which gave it a little more significance." 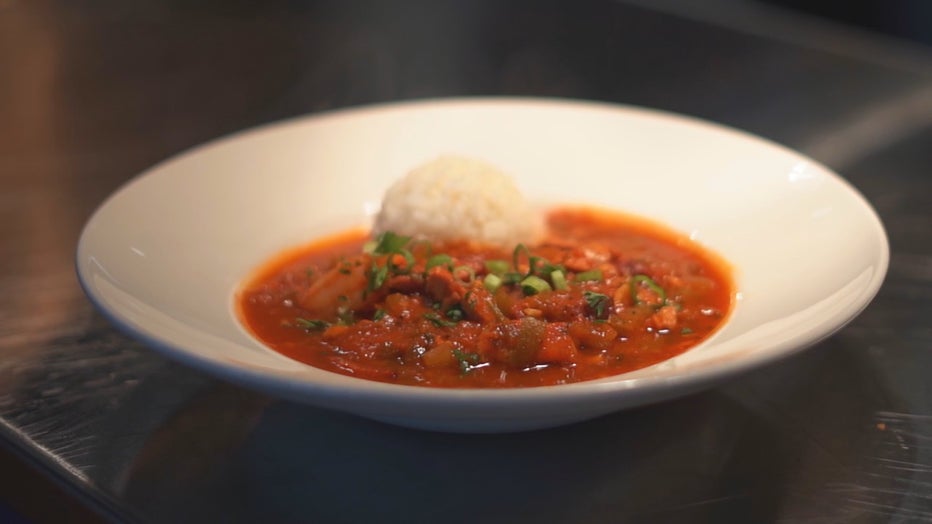 Mackbee serves us dishes from New Orleans, like gumbo and jambalaya, inspired by his mother and grandmother who hailed from the area. (FOX 9)

Customers seem to savor the message as much as the meals. "To expose more people here in Stearns County and St. Joseph to racial diversity and ethnic food can only bridge those gaps and bring harmony."

And if their Cajun and Creole specialties become food for thought, that's the point.

"Food has always been a vehicle for good for us," Mackbee explained. "So if we can connect people over a meal, I feel like its the most universal vehicle for conversation, connection and community is over a meal."