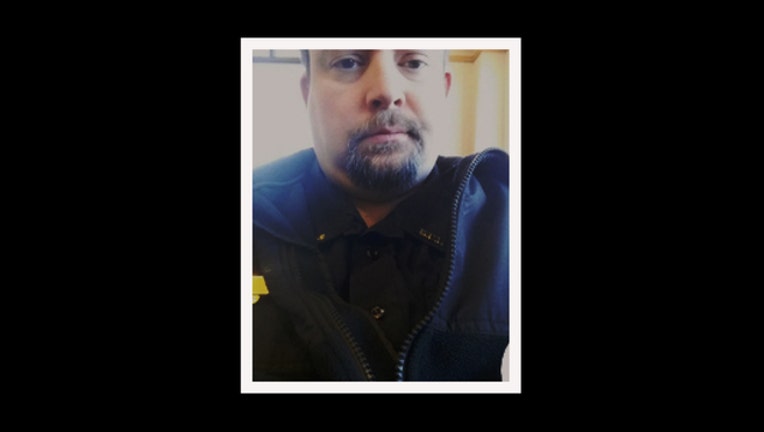 SHOREVIEW, Minn. (KMSP) - Corrections Officer Joseph Gomm, who was killed by an inmate at the Minnesota Correctional Facility in Stillwater, Minnesota earlier this month, will be laid to rest Thursday.

Hundreds of law enforcement members and corrections colleagues from across the state are expected to attend the funeral. Backing the Blue Line, a group of more than 2,000 volunteers across the state who have a significant other who wears the badge will be handing out blue roses at the service.

The public is encouraged to pay their respects by lining the nine-mile procession route from the church to Roselawn Cemetery, where Officer Gomm will be interred. The Minnesota Department of Transportation is reminding motorists to expect traffic delays in the area during that time.

On Wednesday, his the flag-draped casket was brought to North Heights Lutheran Church as family friends prepare to say their goodbyes.

Gomm was 45 years old and a 16-year veteran corrections officer. He is survived by his mother, brothers and sisters.

His death is believed to be the first time in Minnesota history a corrections officer has been killed in line of duty.

FOX 9 will have live coverage of Officer Gomm’s funeral starting at 11 a.m. You can also stream it at fox9.com and on Facebook.