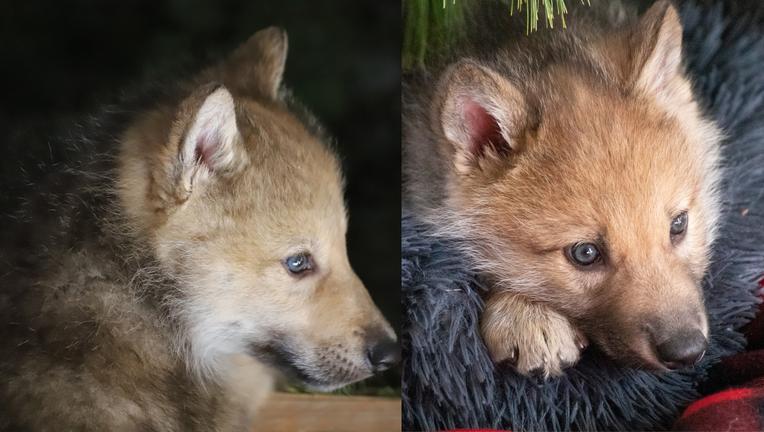 (FOX 9) - The International Wolf Center in Ely has opened up voting to choose a name for its two new wolf pups.

The two new pups are now visible to the public but they still don't have names. The public can vote for their favorite names online here until 10 a.m. on Friday, June 10.

Meet Captain Kid and Blackbeard (for now)! The International Wolf Center in Ely, Minnesota has two new wolf pups. A contest to name the pups will come soon.

The name options for the pup on the right in the photo above are:

The name options for the pup on the left in the photo above are:

Northern Minnesota wolf pups run to keep up with parents

The Voyageurs Wolf Project on Wednesday shared video of the Paradise Pack wolf pups from earlier this week running to keep up with their parents. Researchers say their dad was in the front and their mom following behind. In total, the pack appears to have five wolf pups this year.