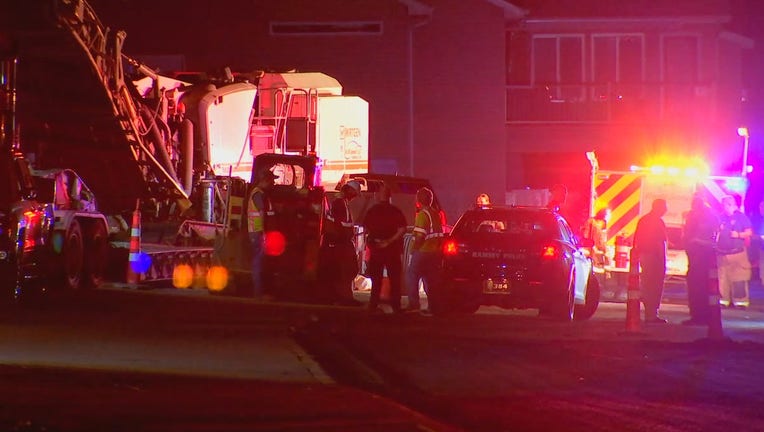 A fatal crash at a construction site in Ramsey, Minnesota is under investigation. (FOX 9)

RAMSEY, Minn. (FOX 9) - A construction worker died after being hit by a semi truck at a construction site in Ramsey, according to the Anoka County Sheriff’s Office.

According to preliminary investigation, a construction semi truck was heading westbound on Bunker Lake Blvd. The truck then reversed eastbound to attach to a mill when the man got caught in the rear wheel of the semi and was run over. Emergency crews responded and tried to revive him, but he died at the scene.

The worker who died has been identified as Robert John Vogelsberg, 50, of Faribault. He was hired by a private contractor to repave part of Bunker Lake Blvd NW.