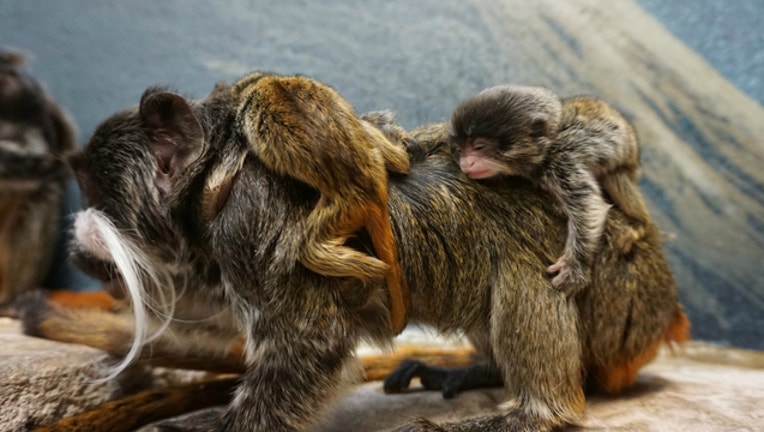 The Como Zoo named a pair of baby emperor tamarins after a pair of recently hired Gophers coaches.

MINNEAPOLIS (KMSP) - With a pair of new coaches joining the University of Minnesota, Lindsay Whalen in women's basketball and Bob Motzko in men's hockey, many Gophers are celebrating the future of Minnesota athletics.

Even the Como Zoo joined in this week, announcing it was naming a pair of recently born emperor tamarins after the duo of coaches.

"Whalen" and "Motzko" will join "Fleck" and "Pitino" in the exhibit, though they will not be available for public viewing for at least a few more days while they gain strength. The twins were born April 21.

Officials say it will take several weeks to determine the gender of the babies.

In addition to the tamarins, the Como Zoo also welcomed into the world a baby Dall's sheep named "Sunny" last Tuesday. She can currently be seen alongside her mother "Storm" and sister "Drizzle."