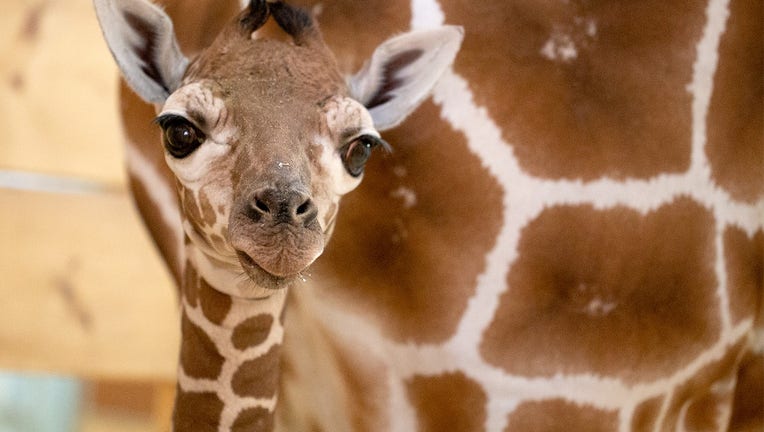 A baby giraffe is joining the ranks of the Como Zoo. (Como Zoo)

ST. PAUL, Minn. (FOX 9) - The Como Zoo is celebrating its latest addition to the zoo family, according to a press release.

The zoo's giraffe, Clover, gave birth on Tuesday around 7:30 p.m. Zoo visitors caught the early moments of Clover in labor late in the afternoon, when the baby's hooves began to emerge.

The baby male is Clover's eighth calf and is the 23rd giraffe birth at the zoo in 25 years. 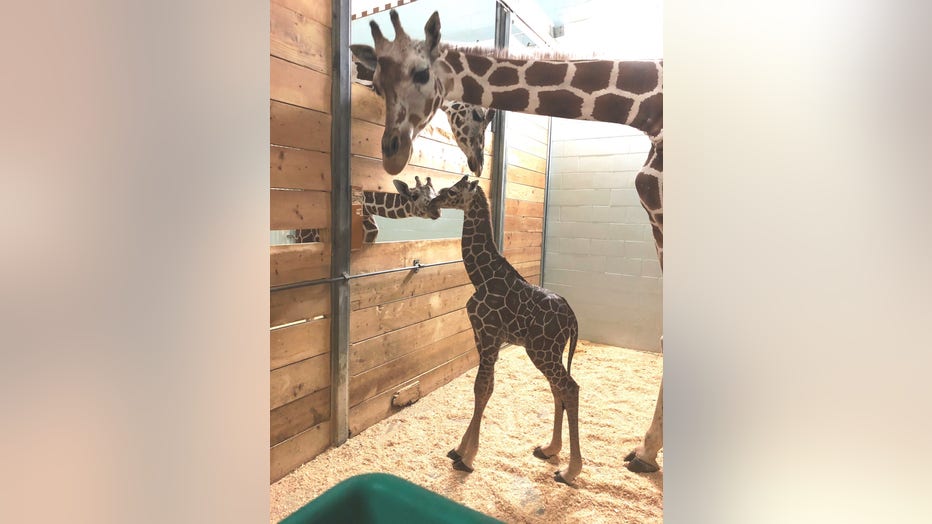 The baby male is spending time bonding with its herd before its public debut. (Como Zoo)

The baby stands at 6 feet 4 inches tall and weighs 160 pounds.

The male joins the herd, which includes Clover, Daisy, Skeeter (the baby's father) and Penelope.

The baby is expected to make its public debut next week.