It beat out impressive ads for Netflix as well as Apple’s Macbook, iPhone XS and Sandy Hook Promise.

Nike announced Kaepernick as the face of its “Just Do It” campaign last September, prompting immediate backlash due to his controversial decision to start kneeling during the national anthem at NFL games in 2016. The move, he said, was an effort to protest systemic racial injustices against the African-American community in the country.

“Believe in something, even if it means sacrificing everything,” Kaepernick, who has not played in the NFL since failing to re-sign with the 49ers, says in the ad.

“Don’t ask if your dreams are crazy. Ask if they’re crazy enough," he continues.

The “Dream Crazy” commercial, which also referenced star athletes such as Serena Williams, LeBron James, and Shaquem Alphonso Griffin, highlighted people who aspire to go beyond athleticism and be the best in the world at what they do. 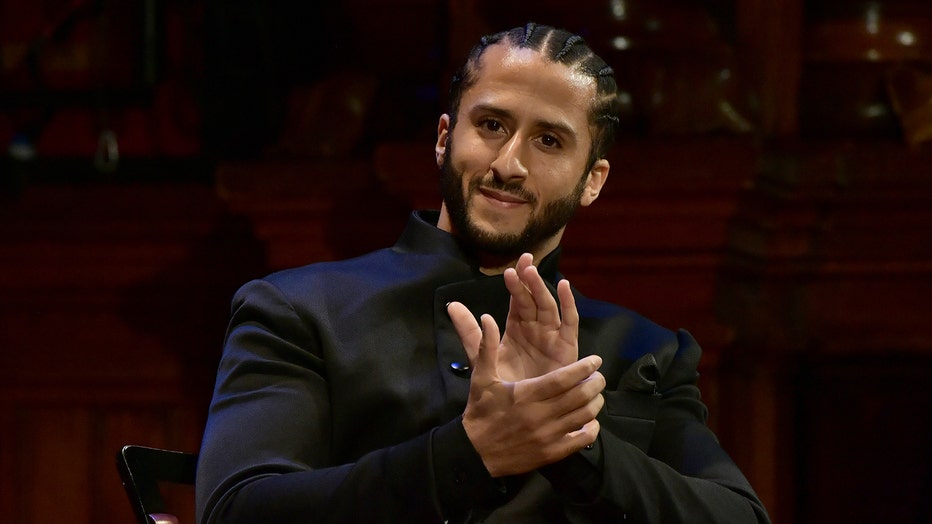 Colin Kaepernick on stage at the W.E.B. Du Bois Medal Award Ceremony at Harvard University on October 11, 2018 in Cambridge, Massachusetts.

A report from Edison Trends said the company’s online sales grew 31 percent the week the campaign launched. The surge was stronger than the 17 percent increase recorded last year during the same period, the report stated.

“There was speculation that the Nike/Kaepernick campaign would lead to a drop in sales but the data does not support that theory,” the company said in a statement.

Despite his part in the popular ad, Kaepernick, who has been under contract with Nike since 2011, was recently at odds with the company. He reportedly took issue with the brand's use of Betsy Ross’ U.S. flag design on its new Air Max 1 USA.

Kaepernick reportedly complained because he felt the use of the Betsy Ross flag was offensive and carried slavery connotations, sources told The Wall Street Journal.

Citing people familiar with the matter, the Journal’s report stated: “After images of the shoe were posted online, Mr. Kaepernick, a Nike endorser, reached out to company officials saying that he and others felt the Betsy Ross flag is an offensive symbol because of its connection to an era of slavery.”