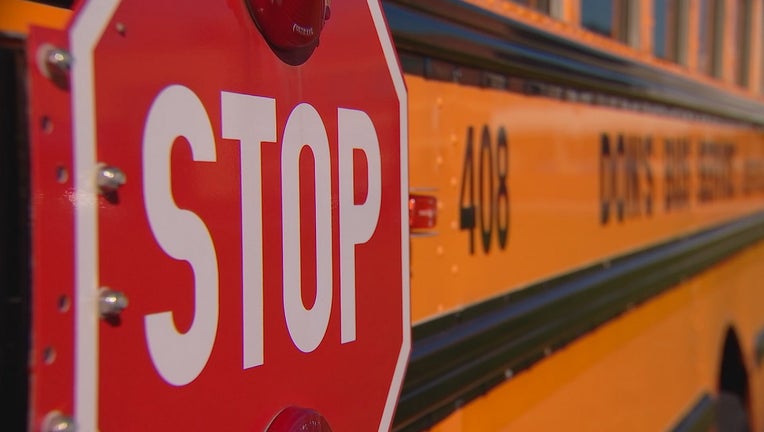 RICHFIELD, Minn. (FOX 9) - Classes were canceled at Richfield High School on Friday after a potential threat circulated on social media.

The Richfield Police Department said the high school's principal contacted police at 6:31 a.m. on Friday about the threat, which involved a picture that was circulated on social media. The photo showed a Richfield High School (RHS) student wearing RHS clothing, holding a gun with the caption "We're on our way."

As a result, school was canceled on Friday and police responded to the high school

Police said the photo was taken in March, the gun wasn't a real firearm, and someone other than the person in the picture added the caption and shared it on social media. The family then let police into their home to take custody of the replica firearm.

Richfield police say the incident remains under investigation and they do not believe there are any other risks or concerns to the community related to this incident.

Earlier this week, after 19 students and two adults were fatally shot at an elementary school in Texas, threats were made toward schools in West St. Paul and Duluth.

West St. Paul police said Thursday there is no safety concern at Heritage E-STEM Magnet School after a student made threatening comments on Wednesday.

Also on Thursday, the Duluth Police Department said a threat made by a Lincoln Park Middle School student on Thursday is under investigation, but it is not believed to be a credible threat. Police have been in contact with the student, the student's parents and are working with the school administration.

In an update on Friday, the Duluth Police Department said it is committed to providing a safe learning environment for students and staff, noting it works with the school district to investigate all threats to student safety.

"Our No. 1 priority has been, and will always be, the safety and security of our community. DPD will continue to monitor this incident and we will provide further information as it becomes available," the Duluth Police Department said.