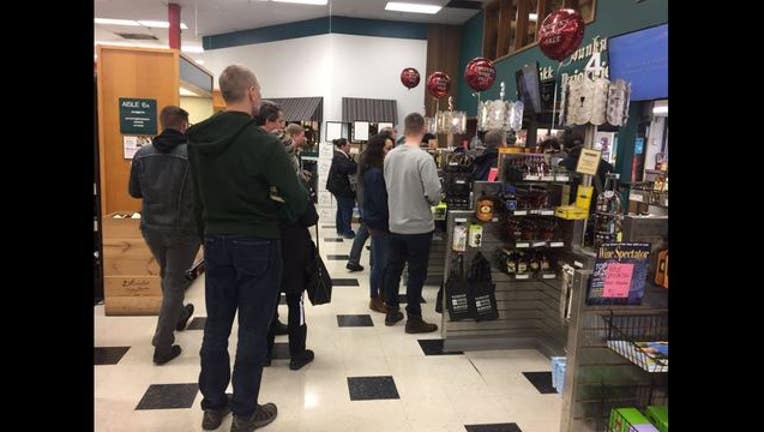 MINNEAPOLIS (KMSP) - The City of Minneapolis and Surdyk's Liquor have reached a settlement on sanctions after the store opened four months early for Sunday liquor sales, according to a city spokesman.

Surdyk's opened for several hours on Sunday, March 12, just days after Governor Mark Dayton signed the Sunday liquor sales bill into law. The law, however, does not go into effect until Sunday, July 2.

Surdyk's and the city have agreed to a $6,000 fine and a 10-day suspension on the store. The suspension would occur on the first nine Sundays once the law goes into effect and on one Saturday of the store's choosing.

The city had originally imposed a $2,000 fine and 30-day suspension on the store.

"These changes were made following discussions in which Jim Surdyk expressed contrition and took full responsibility for the violations," said Casper Hill, a spokesman for the City of Minneapolis. "They were also made based on a desire to minimize the potential impact on store employees."

The Community Development and Regulatory Services committee will consider the proposed sanctions on April 18. The City Council will have the final approval of the settlement.