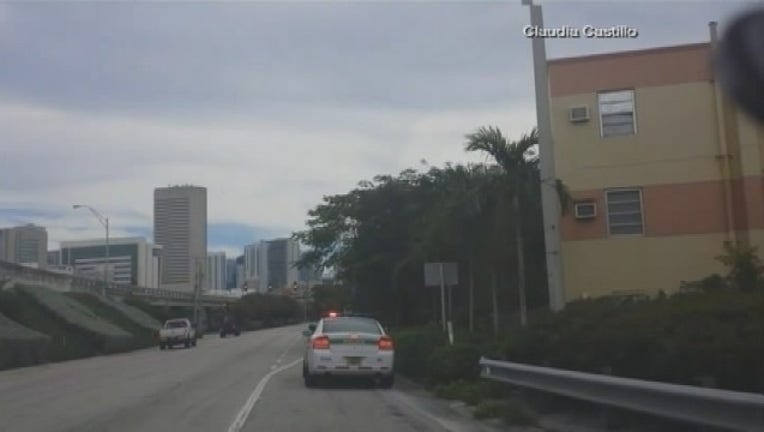 A woman turned the tables on a police officer in Florida. She pulled the Miami-Dade officer over for speeding.

Claudia Castillo said the officer’s squad car zipped past her on the Dolphin Expressway, but his emergency lights were not on. She followed him and then confronted him. She later posted a clip of the incident on YouTube.

“I pushed 80 to try to catch up with you and I was still, you know, eating your dust. You were leaving me behind and I was going 80 miles per hour. And, I just want to know what’s the emergency,” Castillo said.

“I don’t know how fast I was going, but I can tell you this. I’m on my way to work right now. I don’t believe I was speeding,” the officer replied.

The officer ended up apologizing and offered his name and badge number. That information was not released in the video.

Police in Miami-Dade are reportedly investigating the video.