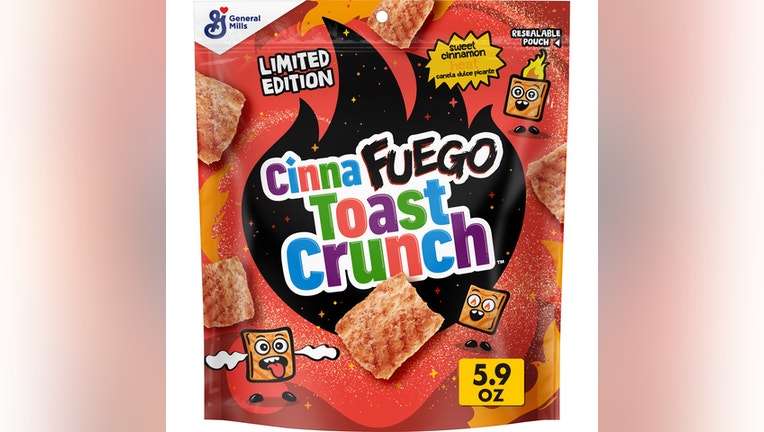 General Mills is bringing the sweet and spicy craze to the snack table.

CinnaFuego Toast Crunch will combine its traditional sweet cinnamon cereal with the "fiery spice" of a hot pepper.

The new cereal will be sold online at walmart.com for a limited time starting Aug. 12. It will come in a resealable pouch, the company said, "so consumers can easily fan the flames of snack time."

RELATED: Lawsuit claims that Skittles are 'unfit for human consumption'

Sweet and spicy foods, which have increased in popularity in recent years, complement each other well because the sugar tames the heat.

If you’re looking for Sriracha, the iconic "red rooster sauce," to mix in with something sweet, you may be out of luck.

RELATED: Candy company will pay you $100K a year to be its official taste tester

Huy Fong Foods, the maker of Sriracha, warned in early June of an "unprecedented" shortage of the hot sauce.

The company, headquartered in Irwindale, California, told FOX Television Stations that the shortage is due to "several spiraling events, including unexpected crop failure from the spring chili harvest."