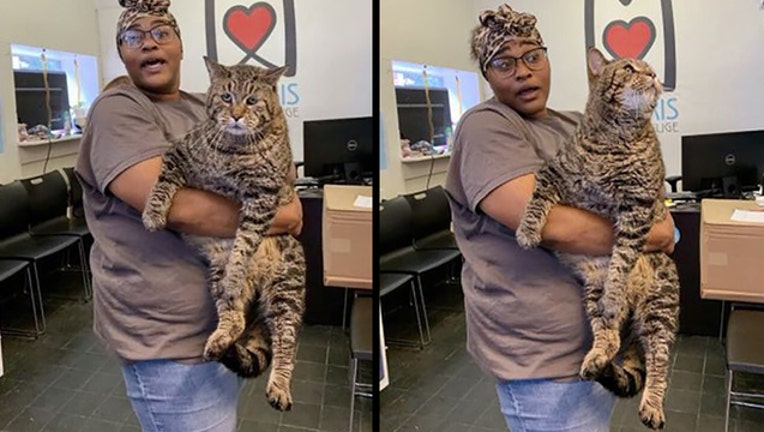 PHILADELPHIA (FOX 29) - A 'chonky' cat is headed to his forever home thanks to a now-viral tweet that launched him into the hearts of many all around the internet.

The 26-pound cat, BeeJay or Mr. B, is expected to have his adoption finalized early this week, the Morris Animal Refuge shared.

"We have gotten it narrowed down to a handful of potential adopters that we think can give him a perfect home," officials from the animal shelter wrote Saturday.

Following a "tremendous outpouring of support of Mr. B," the animal shelter experienced their website shutting down due to his immense popularity and were able to also make shirts to support their mission in helping homeless animals.

While it isn't confirmed which lucky adoptee will be taking in Mr. B, it will only be a matter of time before we know that the massive giant has found his way to his forever home.

Hopefully, it can fit him and all his generous needs.