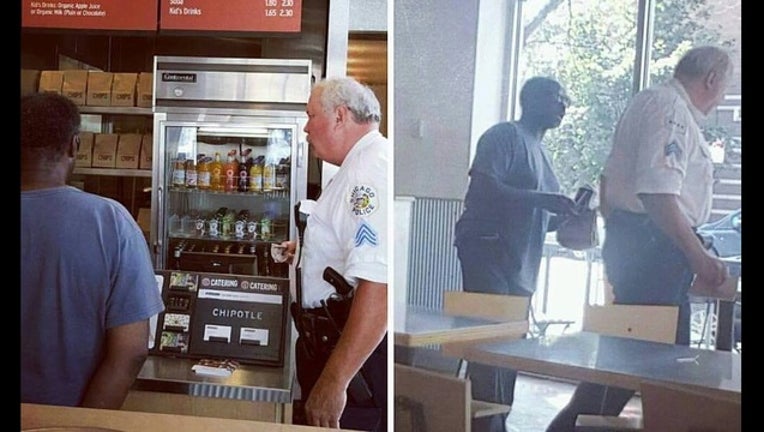 A Chicago cop is being praised for his good deed after an image of him buying a homeless man Chipotle went viral. On Friday, Chicago police officer Sergeant B. Hagarty, a 35-year veteran of the force, was seen buying Chipotle for a homeless man by fellow customer Rachel Mitchell. Hagarty was buying himself a meal in the Mexican eatery when he noticed the man rooting in the bins outside and invited him in for some food.

Mitchell took a picture, which she posted to Facebook, and this message:  “Touched my heart so much, with all the cr** police are getting these days it reminds me there’s so much more good out there than anyone ever wants to give credit.”

Eventually, the Chicago Police Department noticed and posted the story to its Facebook page, which has been shared over 84,000 times. Hagarty said that doesn't think he did anything out of the ordinary, but he's being praised for his kindness.