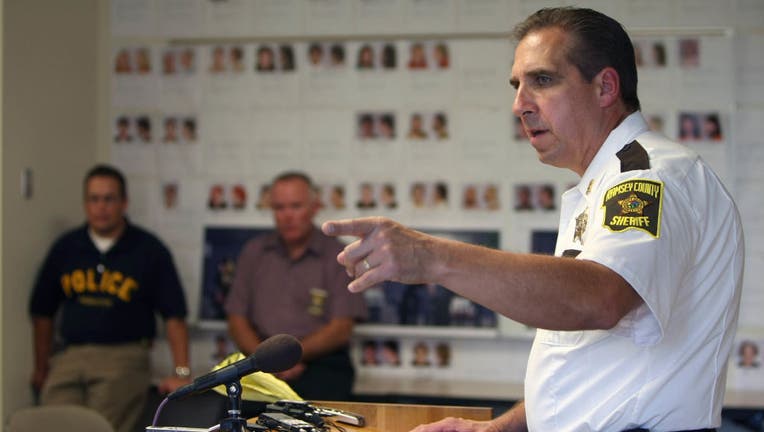 Ramsey County Sheriff Bob Fletcher stands in front of a wall of booking photos of protesters arrested during the Republican National Convention in 2008. ((Photo by Bruce Bisping/Star Tribune via Getty Images) / Getty Images)

ST. PAUL, Minn. (FOX 9) - A woman has been charged for hitting Ramsey County Sheriff Bob Fletcher in the face while he was responding to a domestic incident over the weekend, according to charges filed in Ramsey County Attorney's Office.

Shania Anshelle Phelps, 21, has been charged with fourth-degree assault of a peace officer.

According to the charges, early Saturday morning, authorities responded to a reported domestic assault at a St. Paul home. Sheriff Fletcher and a deputy were the first to arrive. When they got there, Phelps and another woman were fighting. In an effort to break up the fight, Fletcher grabbed Phelps from behind. She then spun around and elbowed Fletcher in the face.

When St. Paul police arrived, they noted that Fletcher was bleeding from his nose, the charges state. Photos show Fletcher experienced bruising and swelling under his right eye.

During that overnight shift, Fletcher was doing his "Live on Patrol" stream on Facebook. While the video shows him driving to the home to respond to the call, the camera remained in the squad vehicle and did not capture the incident. About 20 minutes after Fletcher leaves the vehicle to go inside, the stream ends with a man saying they have to sign off because they had "a little wrestling match in there."

Phelps is not in custody.