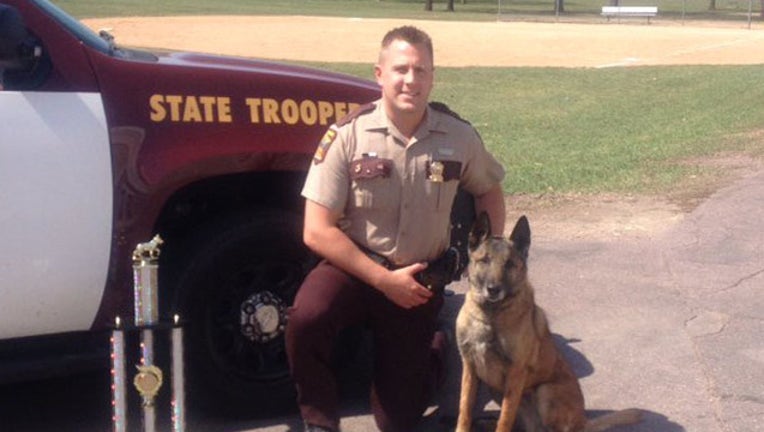 MANKATO, Minn, (FOX 9) - A Minnesota State Patrol trooper is being charged with assault after he allegedly grabbed a colleague by the throat at a Mankato restaurant following a training conference.

Derrick Lee Hagen, 39, of Lindstrom is charged with two counts of fifth-degree assault and one count of disorderly conduct. The investigation began after a formal complaint against Hagen was filed with the Minnesota Department of Public Safety Internal Affairs Division.

According to the charges, the incident happened on Oct. 23, 2018 at a restaurant in Mankato. A group attending a training conference met up at the restaurant afterward. The victim said she recognized Hagen from work. At one point, Hagen told her he thought another woman in the group was attractive. Upset by his comments, she moved to another table with the other woman.

Later, Hagen joined their table and "positioned himself very close" to the second woman, who appeared uncomfortable. The two women eventually left the table to get away from the situation.

The two women went back into the restaurant, where they each had another encounter with Hagen. The second woman claims Hagen intentionally squeezed her butt.

About 30 minutes later, the first woman says when she walked back to their table, Hagen allegedly grabbed her by the throat. The woman told the investigator she was shocked and scared by his actions. She said he grabbed her "with purpose" and he kept his hand there for about two seconds until she grabbed his thumb. A witness confronted Hagen, who immediately left.

“The alleged conduct outlined in this complaint is reprehensible and inconsistent with the core values of the Minnesota State Patrol," said Colonel Matt Langer, the chief of Minnesota State Patrol, in a statement. "While this was an off-duty incident, there is no excuse for this type of behavior. We hold troopers to a high standard and will take appropriate action regarding this matter."

According to personnel records, Trooper Hagen has been with Minnesota State Patrol since 2004. In 2009, he became a K-9 handler. Hagen's K-9 partner, Jack, retired in November after eight years, according to State Patrol. During that time, the pair won two national championships with the United States Police Canine Association.