ST. PAUL, Minn. (FOX 9) - A suspected drunk driver has been charged in a crash that killed a 25-year-old man in St. Paul over the weekend.

Salvador Juan Battles, 31 of St. Paul, was charged with two counts of criminal vehicular homicide – operating a motor vehicle in grossly negligent manner and operating a vehicle with negligence under the influence of alcohol – in connection to a Feb. 26 crash that killed Isiah Desmond Valle-Kirk.

Around 2:30 a.m. Saturday, police responded to a crash at Cretin and Marshall avenues. When they arrived, officers found a black Toyota 4Runner with significant front-end damage and a maroon Chevrolet Impala with significant driver-side damage, according to charges filed Tuesday.

Through witness interviews and video surveillance from a nearby restaurant, police indicated that the 4Runner t-boned the Impala at a high speed rate of at least 40 mph in the 25 mph speed limit zone after running a red light. Battles, the driver of the 4Runner, said he was turning left onto Cretin Avenue and the Impala "hit me."

Officers on scene smelled alcohol on Battles' breath and said he showed signs of impairment, according to a St. Paul Police spokesperson. Charges state he failed the field sobriety test and later admitted to drinking and driving.

Police arrested Battles for suspicion of driving under the influence and booked into Ramsey County Jail. His bail has been set at $400,000, and he's scheduled to appear in virtual court next Thursday, March 10. 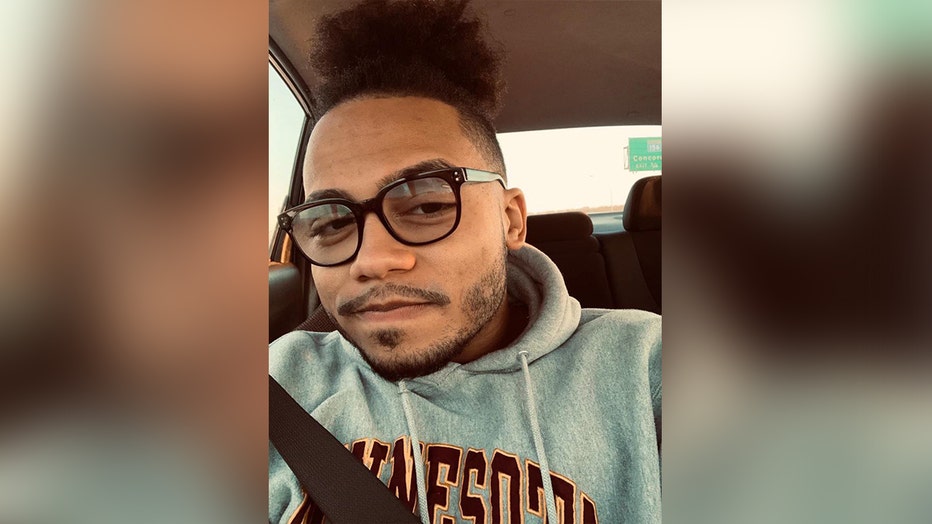 St. Paul Police identified the victim as 25-year-old Isiah Desmond Valle-Kirk. Police found him alone and unconscious in the Impala after the crash. He was transported to Regions Hospital, where he later died.

According to the GoFundMe created for Isiah's funeral services, he was heading home after hanging out with friends and family at his cousin's house on the night he was killed.

"Isiah waited patiently at the light, and not long after that, all of Isiah’s dreams came to an end within seconds due to another individual who felt the need to drive while extremely intoxicated," the GoFundMe states.

His family wrote that he was a hard worker and had come a long way to get to where he was.

"If you knew Isiah, his personality was like a magnet, his way of being was liked by so many, not to mention his laugh, which oftentimes made others laugh. All of these traits or characteristics of Isiah will (be) missed."