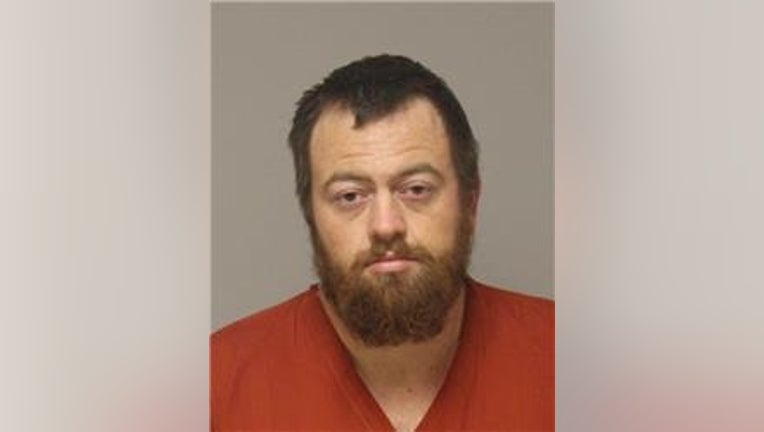 Alexander Paul Jewison is accused of firing shots in Columbia Heights and causing a standoff. (Supplied)

COLUMBIA HEIGHTS, Minn. - A man is facing charges in Anoka County after police say he fired shots, causing a standoff Tuesday morning in the city of Columbia Heights, Minnesota.

Thirty-year-old Alexander Paul Jewison is charged with reckless discharge of a firearm within a municipality, possession of a firearm or ammunition by an ineligible person, and obstructing legal process.

Jewison was arrested after police were called to a home on 4th Street around 10:13 a.m. Tuesday for a report of shots fired. Two people told 911 they heard six shots fired over the course of a few minutes. As an officer was responding, he was flagged down by a person who said they had seen a man wearing camouflage walk behind a home.

Officers set up a perimeter around the home before spotting the suspect in a bedroom inside the house. As police watched, the man, later identified as Jewison, hung a flag over the window before taking it down minutes later.

Police tried to negotiate but ultimately called in the SWAT team after neighbors told investigators Jewison had guns in his home. Investigators also made contact with Jewison's mother who said her son had said he wanted to "kill all the n-----s" and sent other strange messages.

Jewison eventually surrenders, exiting the front of the home and listening to police demands. Inside the home, police found seven firearms, a speed loader, and ammo. One of the boxes of ammunition had "for n-----s only" written on it with markers.

Police say Jewison is unable to own a firearm due to a past drug conviction. He is currently being held in Anoka County Jail.