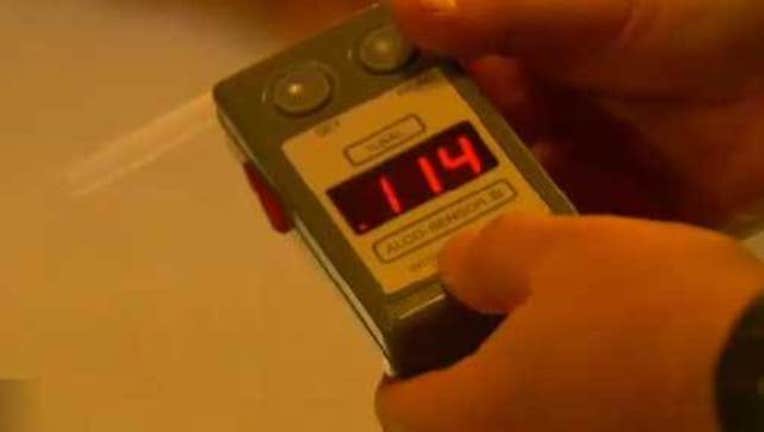 Witnesses said an 8-year-old girl in Farmington, Minn. was hanging onto the side of her mom’s car and pounding on the window to keep her from driving away drunk. The incident on Catalina Way was reported at 3:37 p.m. on the afternoon of July 27.

According to DWI and child endangerment charges filed in Dakota County, the girl stood on the Dodge Durango’s runner boards as the SUV backed out of the driveway and drove down the street. The girl told police that she was trying to get into the car but her mom locked the door. She eventually jumped off and fell to the ground, bruising her foot.

When police questioned the mother, she denied the incident, at which point her daughter called her a liar. The girl said her mother had drank a half of a bottle of liquor and the 8-year-old even offered to go find the booze for officers.

The mother agreed to submit a breath test, which registered a 0.30 BAC – nearly 4 times the legal limit to drive. She eventually said she didn’t know what happened when she went to put gas in her car, but video surveillance obtained by Farmington police shows her SUV pulling into a liquor store parking lot to buy another bottle.

The mother has been charged with third-degree DWI, child endangerment and criminal vehicular operation – all gross misdemeanors.