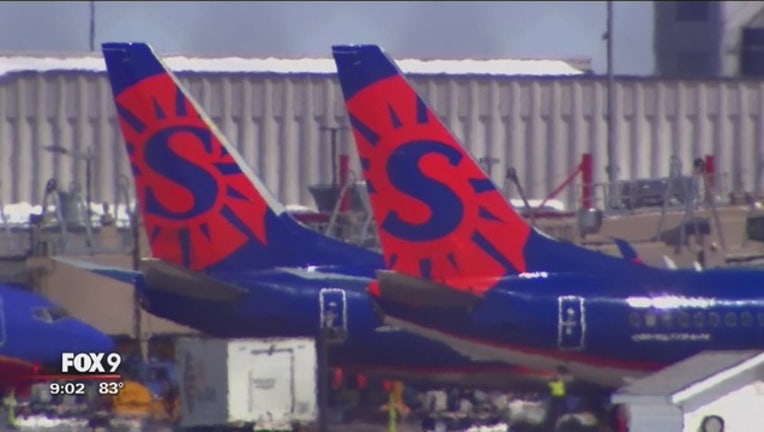 In an email to FOX 9, Sun Country Airlines confirms it is exploring different options to take the "next step" as an airline while declining to provide further comment on those possibilities.

"Fortunately, in the past few years, we have established true financial sustainability, and as a result, we can fly our passengers to their favorite destinations for years to come," a spokesperson wrote. "While we are unable to provide any comments as to the company’s future plans or opportunities at this time, there are several options that our Board of Directors can take for the next step in our journey as an airline. In the Skift interview, Jude Bricker was simply sharing that we are keeping our options open."

In the Skift interview, CEO Jude Bricker indicated company's earnings and the airline market were both pointing the company towards make a move that could include a public offering. Skift reports an IPO filing could come as early as next spring.

At the same time, Bricker says he wants to ensure the airline doesn't miss a "window of opportunity.

Sun Country Airlines, which offers flights across the country, was acquired by Apollo Global Management in 2017. Since 2018, it has added 32 nonstop routes to nine new cities.