CDC director discusses study on COVID-19 vaccination completion in US

A new CDC study found that roughly 9 out of 10 people in the U.S. received their second dose of the COVID-19 vaccine within the recommended timeframe.

An internal review of the U.S. Centers for Disease Control and Prevention’s COVID-19 guidance from the first year of the pandemic during the Trump administration found some documents were not "grounded in science" or "free of undue influence."

The review was ordered by President Joe Biden’s CDC director, Dr. Rochelle Walensky, as part of her pledge to "restore scientific credibility and public’s trust in the agency" amid the ongoing pandemic.

"CDC bases public health decisions on the highest quality scientific information that is attained openly and objectively. During the first year of the pandemic, there were concerns about some of CDC’s guidance," said a CDC spokesperson on why the review was ordered.

Anne Schuchat, the CDC’s principal deputy director, conducted the review and outlined three issues with some of the agency’s existing guidance.

The review determined some CDC guidance "used less direct language than available evidence supported," "needed to be updated to reflect the latest scientific evidence" and "presented the underlying science base for guidance inconsistently," according to a CDC spokesperson. 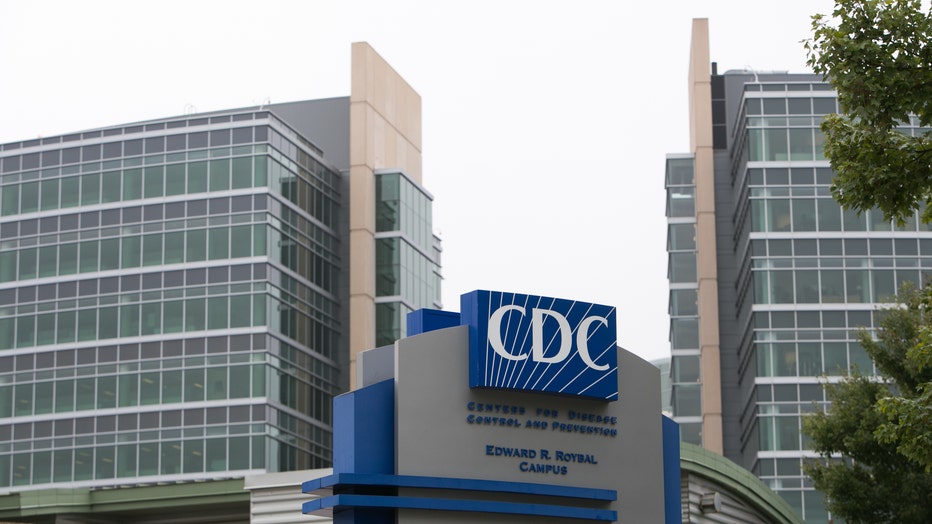 ATLANTA, GA - OCTOBER 13: Exterior of the Center for Disease Control (CDC) headquarters is seen on October 13, 2014 in Atlanta, Georgia. Frieden urged hospitals to watch for patients with Ebola symptoms who have traveled from the tree Ebola stricken

The review identified three documents that were presented as CDC documents while President Donald Trump was in office, though the CDC did not primarily author them, the CDC spokesperson said. The CDC, under Biden, removed two of those documents from its website and updated and replaced the third.

Schuchat wrote in a memo that the document removed during the process of her review was titled, "Opening up America Again," and was released on April 16, 2020 through a link posted on the CDC’s website. It was removed Feb. 7, 2021.

Schuchat noted two other documents that were also either removed or updated during the Trump administration before her review: "The Importance of Reopening of America’s Schools this Fall," which was posted July 23, 2020 and removed Oct. 29, 2020, and "Overview of Testing for SARS-COV-2," which was posted Aug. 24, 2020 and replaced on Sept. 18, 2020.

"I am focused on moving CDC forward with science, transparency and clarity leading the way. It is imperative for the American people to trust CDC. If they don’t, preventable illness and injury can occur — and, tragically, lives can and will be lost," Walensky said in a statement to FOX Television Stations.

"This agency and its critical health information cannot be vulnerable to undue influence, and this report helps outline our path to rebuilding confidence and ensuring the information that CDC shares with the American people is based on sound science that will keep us, our loved ones, and our communities healthy and safe."

In the fall, several CDC and Trump administration officials told the Associated Press that the Trump White House installed two political operatives at the nation’s top public health agency to try to control the information it released about the coronavirus pandemic.

The two appointees assigned to the CDC’s Atlanta headquarters in June had no public health background. They were instead tasked with keeping an eye on Dr. Robert Redfield, the agency’s director at the time, as well as scientists, the sources told the AP.

Trump, who was in office when the COVID-19 pandemic began, also had several public clashes with the CDC over COVID-19 messaging.

In the fall, Redfield told a Senate panel that even if a vaccine was produced by November or December, it would take a while to distribute. He also said face masks are "more guaranteed to protect me against COVID than when I take a COVID vaccine."

Trump said later at a media briefing that Redfield was wrong. "I think he made a mistake when he said that," Trump said. "It’s just incorrect information." Trump said Redfield must have misunderstood the question and that a vaccine would go "to the general public immediately."

Initial vaccine distribution in the country was bumpy, though the pace has rapidly increased in recent weeks with three currently authorized vaccines.

RELATED: US will have enough COVID-19 vaccines for all adults by end of May, Biden says

"We may be able to double it," he told reporters last week.

Nearly 125 million COVID-19 vaccines have been administered since inoculations first began in December, according to the latest numbers from the CDC.

A CDC spokesperson said the agency also identified key areas of improvement from the internal review of its COVID-19 guidance.

The agency will now review major guidance at least every three months and hold media briefings when major guidance is issued. CDC authors will also get input from others to help ensure the scientific evidence they are citing is accessible and easily understood.

This story was reported from Detroit. The Associated Press and FOX News contributed