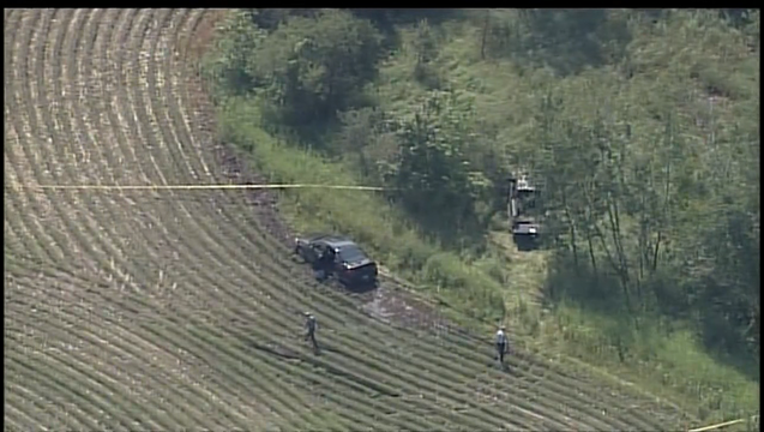 CHISAGO COUNTY, Minn. (KMSP) - Authorities have identified the officers and the carjacking suspect who died in an officer-involved shooting near Harris, Minnesota.

Around 8 a.m. on Monday, authorities responded to an armed carjacking in the 37000 block of Greenway Avenue in North Branch. Thrower had his seven-year-old daughter with him at the time. No one was injured in the carjacking.

Around 10 a.m. Thrower contacted dispatch through OnStar in the carjacked vehicle and began making suicidal threats, according to the Bureau of Criminal Apprehension's preliminary investigation. He asked police to come pick up his daughter.

Officers arrived at a bean field near Goose Creek Road and 460th Street in rural Fish Lake Township near Harris. That's when Thrower came out of tall reeds about 30 feet away, pointing a handgun at the officers.

In response, the seven officers fatally shot Thrower. They found his daughter in the vehicle nearby. She was not injured.

There is no squad video of the shooting and the officers weren't wearing body cameras.

The Bureau of Criminal Apprehension is investigating the case.