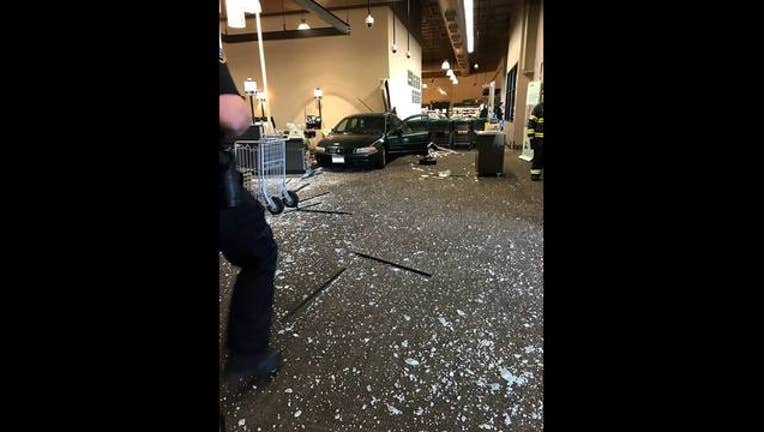 A 76-year-old woman accidentally backed her 1998 Plymouth Breeze through the entry doors, striking a wall and coming to a stop near the checkout counters, according to the Eden Prairie Police Department. Police said the vehicle was likely traveling at a "high rate of speed."

No one was injured in the crash, but one of the entrances was damaged.

The store was closed following the crash, but it has since reopened.