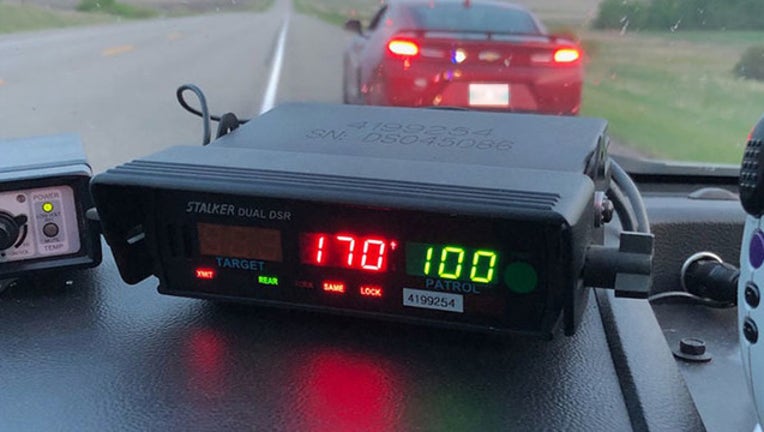 (FOX 9) - This Canadian teen is probably feeling pretty sorry after this encounter with the Royal Canadian Mounted Police.

A member of the Royal Canadian Mounted Police in Manitoba pulled over the 16-year-old driver, who was going 170 kmh (about 105 mph) in a red Camaro.

"Too many hot wings and needed to bathroom," the teen apparently told the officer.

That spicy response didn't land well with the authorities who fined the teen $966 for speeding and another $203 for driving without an supervising driver.

Perhaps next time, tap 'er cool and just pull over at the next Tim Horton's.

This story was reported by FOX 9 from Eden Prairie, Minnesota.