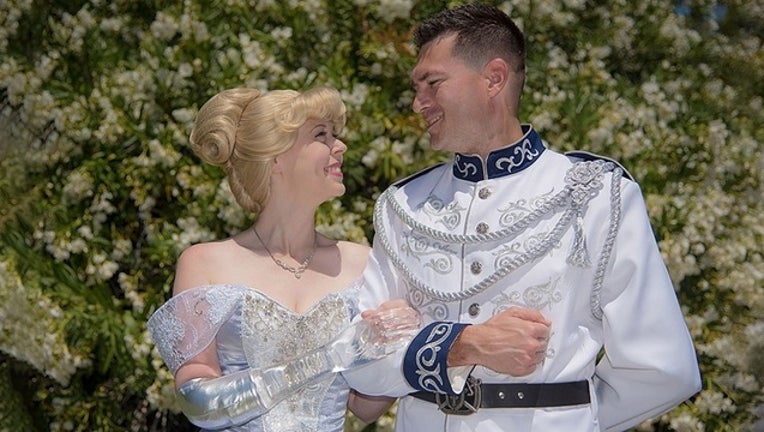 FOX NEWS - If "a dream is a wish that your heart makes," one California woman's wish to celebrate differences as a body-positive congenital amputee has come true. The avid cosplayer recently dressed as Cinderella proudly wore a glass arm in lieu of the princess's famed lost slipper in a series of pictures that have gone viral on social media.

Mandy Pursley was inspired to dress up as the famous princess after her 8-year-old daughter studied the fairy tale in school, Yahoo Lifestyle reports. Born without her right forearm, the Oceanside woman joked that that "glass slippers are SO last year" and proudly rocked the special glass arm for the portrait session.

"I realized that even though there were so many beautiful tales from around the world, there were still no princesses who looked like ME!" she wrote Facebook last week. "When I was growing up with a physical difference, I never saw girls like myself represented in the media, so it took me a long time to realize that what makes us different can also be the thing that makes us strong, beautiful, and unapologetically unique."

"So what do you do when you can't find a princess like you? You make up your own!" she said.

Sharing the photos to Facebook in a post that has since gone incredibly viral with more than 28,000 shares and 38,000 likes, the cosplayer smiled and posed in an elaborate Disney Cinderella-inspired costume (that she sewed herself), complete with the character's iconic hair and makeup and, of course, a bespoke glass arm.

The fairytale photoshoot was made complete by pictures with Mandy's husband, Ryan Purlsey, a Marine staff sergeant at MCAS Miramar, NBC San Diego reports, who dressed as a real-life Prince Charming in an outfit that Mandy also made by hand.

In one emotional picture that has since been liked over 5,000 times, the couple recreated the famous scene where the prince called after Cinderella as she fled the ball – but instead of holding her lost glass slipper, Ryan held his wife's glass forearm.

According to NBC, Mandy had the Cinderella planned to wear the Cinderella outfit to a recent Comic-Con that she ultimately had to miss after getting sick. The mom explained on social media that she was planning to save the look for next year, when a friend reached out and asked if she had any special pictures of herself to share with a little girl who had also been born without one arm.

Compelled, Mandy coordinated with her friend and photographer Kelly Anderson for the photo session in which she proudly wore the clear resin arm, made by artist and "fairy godfather" Gilbert Lozano for the storybook session. 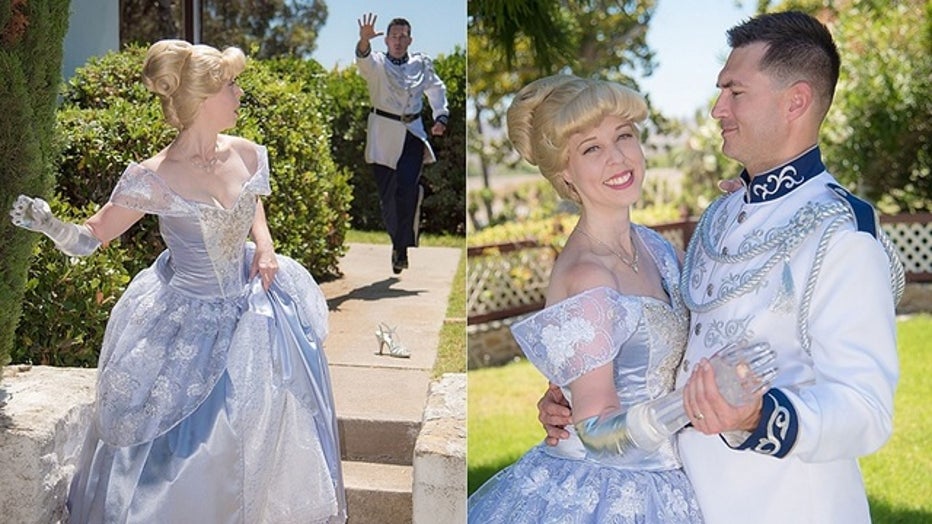 "This costume is dedicated to all the little girls learning to navigate the world with their 'lucky fins' or other challenges," Mandy wrote online. "I hope you know you are beautiful, and that you are UNSTOPPABLE!!! Write your own story, and be your own kind of princess."

In a larger sense, the California woman said she never expected the special images to go as far and wide as they have.

"When we share our stories and learn to celebrate the beauty in our differences, we make the world a better place," Mandy told Yahoo. She detailed on Facebook that she's been "blown away" by the positive response to her now-viral photoshoot, and her favorite consequence of the now-famous story has been hearing from young "'lucky fin' princesses and princes" who were born with congenital amputations too.