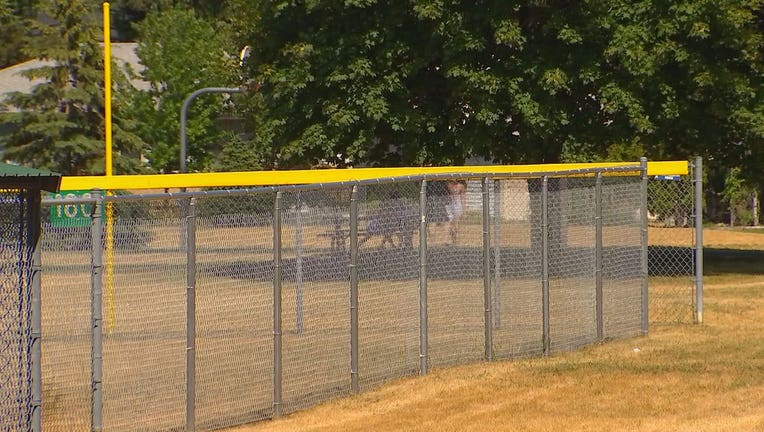 A park in Brooklyn Center where police say some children were robbed this week.

BROOKLYN CENTER, Minn. (FOX 9) - The Brooklyn Center Police Department is telling parents to have conversations with their children and make sure they’re going out in groups, after several robberies targeting young children in the last two days.

Police have extra patrols in the northeast part of the town, and they say already they’ve received one or two tips on the cases.

The Brooklyn Center Police Department is telling parents to have conversations with their children and make sure they’re going out in groups, after several robberies targeting young children in the last two days.

The first two robberies happened at Firehouse Park, one on Monday night at 8 p.m., and the next on Tuesday around 3:50 p.m.

Gabler says the park is usually a quiet spot in town, "generally not a lot of problems that happen over here."

Later on Tuesday at 5:30 p.m., about a quarter mile away, a third robbery was reported near another park, and this time police say the suspect appeared to have a gun.

"Obviously, it’s a very traumatic experience that they’d rather not have gone through," Gabler said.

Afterwards, just three quarters of a mile away at 7:30 p.m. on Tuesday, someone was slapped in an apartment complex parking lot, after a suspect demanded their phone.

In all, there have been four crimes in just two days, with three in a span of just four hours; and all targeting children.

"And in every case they are just doing what you would expect young kids to do," Gabler said. "They’re out on a bike, they’re at the park, they’re enjoying summer, really minding their own business."

Law enforcement believes the same suspects are behind it all, and they likely aren’t much older than their victims.

"In all, four of the cases we did have very similar suspect descriptions, sometimes it ran from one suspect to three. They were described as African-American males, early to mid-teens," Gabler said. "Two of them reported they had ski masks."

If you are approached by one of the suspects, police say you should comply with their demands, while trying to remember as much as you can about their appearance, to later pass that information on to law enforcement; which can be done anonymously.