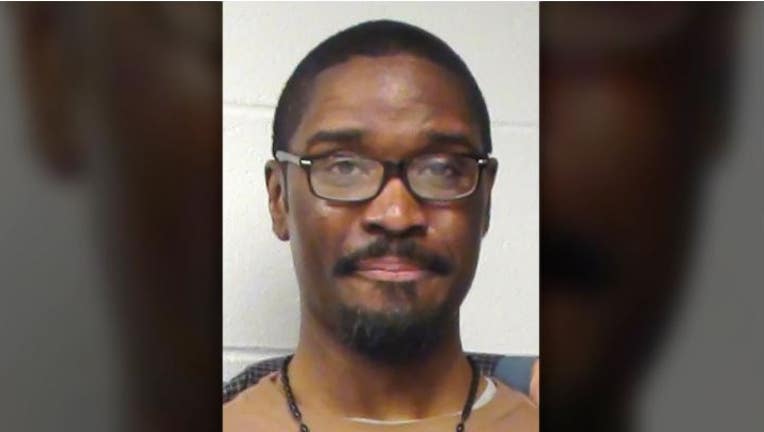 TERRE HAUTE, Ind. - Brandon Bernard was executed late Thursday night at the federal prison in Terre Haute, Ind., making him the ninth federal inmate to be put to death this year.

The Supreme Court denied Bernard's request for a stay of execution Thursday night, clearing the way for his death sentence to proceed.

Around 8:30 p.m. ET, Justice Sonia Sotomayor penned a dissent for the court.  Along with Sotomayor, Justices Stephen Breyer and Elena Kagan would have granted the stay of execution.

Bernard, 40, was scheduled to be put to death at 6 p.m. ET Thursday, but his execution was delayed as final appeals made their way through the courts. He was pronounced dead at 9:27 p.m. ET.

He spoke for more than three minutes just before his execution, directing his last words at the witness room.

Robert C. Owen, one of Bernard's attorneys, said Thursday night that Bernard's family and friends "are full of righteous anger and deep sadness at the actions of the federal government in taking his life."

“Brandon’s execution is a stain on America’s criminal justice system," Owen said in a statement. "But I pray that even in his death, Brandon will advance his commitment to helping others by moving us closer to a time when this country does not pointlessly and maliciously kill young Black men who pose no threat to anyone, when we hold prosecutors to the highest standards of integrity in every case, and when our leaders exercise their moral authority where it is needed."

Bernard was 18 when he took part in the killing of married youth ministers Todd and Stacie Bagley, who were from Iowa.

Five teens forced the Bagleys into the trunk of their car, robbed them, shot them, then lit the car on fire in 1999.

Todd Bagley's mother, Georgia, said Thursday that "without this process, my family and I would not have the closure needed to move on in life."

"This senseless act of unnecessary evil was premeditated and had many opportunities to be stopped at any time during a 9-hour period. This was torture, as they pleaded for their lives from the trunk of their own car," she said in a statement. "Please remember that the lives of family and friends were shattered and we all have grieved for 21 years waiting for justice to be served."

A jury in the U.S. District Court for the Western District of Texas found Bernard guilty of two counts of murder in June 2000 and unanimously recommended a death sentence.

But Bernard's defense team said several members of that jury now support the reduction of his sentence.

"Brandon’s court-appointed attorneys declined to make any opening statement on his behalf, despite the fact that there was much to say. The jurors, in short, never heard the complete facts of the case," Bernard's lawyers wrote. "Having since been properly advised of all the facts, a majority of the surviving jurors have declared that they think life imprisonment without the possibility of release is sufficient punishment for Brandon."

Television reality star Kim Kardashian West, who has successfully persuaded the Trump administration on a number of criminal justice issues, has been vocal about Bernard's case.

"Having gotten to know Brandon, I am heartbroken about this execution," she tweeted Wednesday. "I’m calling on [President Trump] to grant Brandon a commutation and allow him to live out his sentence in prison."

When the execution was scheduled, the Department of Justice described the crime, saying Bernard and his accomplices "brutally murdered" the Bagleys on a Texas military reservation.

After Todd Bagley "agreed to give a ride to several of Bernard’s accomplices, they pointed a gun at him, forced him and Stacie into the trunk of their car, and drove the couple around for hours while attempting to steal their money and pawn Stacie’s wedding ring."

The couple talked about God and pleaded for their lives while locked in the trunk. Eventually, the group parked at Fort Hood military reservation, and Bernard and an accomplice doused the car with lighter fluid.

"After Stacie said, “Jesus loves you,” and “Jesus, take care of us,” one of the accomplices shot both Todd and Stacie in the head - killing Todd and knocking Stacie unconscious. Bernard then lit the car on fire, killing Stacie through smoke inhalation," according to the DOJ.

Christopher Vialva, one of Bernard's accomplices who was painted as the ringleader of the group that killed the Bagleys, was executed Sept. 22.

Bernard is the ninth federal inmate killed since the Trump administration ended a 17-year pause on federal executions in July. It is the first during a presidential lame-duck period in 130 years.

Another federal inmate is scheduled to be executed Friday and three more are scheduled for January.

The Associated Press contributed to this report. Get updates on this story from FOXnews.com